Four emergency room visits in five weeks. And that’s not all.

A Planned Parenthood abortion clinic in Delaware – troubled by multiple botched abortions, a doctor disciplined by authorities, and the attack of a pro-life grandmother – is training medical students how to perform abortions. Even the pro-choice community ought to be troubled that a clinic with so many strikes against it is advertising a training program.

Troy Newman, president of Operation Rescue and Pro-Life Nation, comments about the horrors of this nearly unthinkable situation:

It is appalling to think that abortionists at this Planned Parenthood with the recent rash of medical emergencies would be teaching others to do abortions that they don’t seem competent to do themselves.

What makes this situation so unthinkable? For one, four women in the last five weeks (two on the same day) have been sent to the emergency room because of botched abortions at this clinic. The women’s injuries included respiratory distress and near-death, uncontrolled bleeding, and fetal parts left inside – including a leg and a foot. As Newman states:

[I]t is shocking to think of the shoddy training that must be going on there. We don’t need more abortionists out there maiming women with substandard practices.

Abortionist Eric Schaff, the training contact at the Delaware Planned Parenthood clinic, was disciplined in New York for lying on patient records. He was fined $5,000 and placed under censure in the summer of 2005. Now, he has followed the example of other abortion doctors who, after discipline, often flee their home state and go elsewhere to injure women.

Schaff reportedly works at both the Wilmington, Delaware Planned Parenthood clinic and the Philadelphia Women’s Center. In a chilling twist, words on the Philadelphia clinic’s website state, “When you come here, bring only love.”

Schaff, who is a proponent of training more doctors to perform abortions, unfortunately believes that abortion frees women to live their lives and gives them – and him – more power:

Now, the ability to provide this critical health service has been empowering to my patients and to myself as a physician.

The Delaware Planned Parenthood clinic where Schaff works reports hosting an average of 15 medical students and residents a year in its training program. The program specifically claims to train students in:

No matter a person’s views on abortion and unborn life, it should be unthinkable for a troubled clinic that keeps injuring women to attempt to train a new generation of abortion doctors. How many women will they injure? How many women will be sent to emergency rooms – and possibly die – under their watch?

Pro-lifers and pro-choicers alike ought to call for a stop to the Wilmington, Delaware Planned Parenthood training program. Since this clinic clearly cannot perform its own abortions correctly, it has no business training medical students. 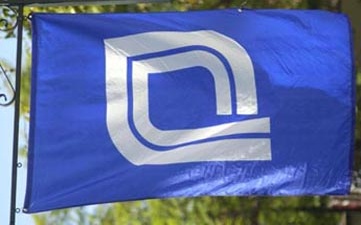 Instead of getting serious about the injuries and near-deaths they were causing women supposedly under their “care,” Delaware Planned Parenthood wrote this kind of messages while women were being sent away to emergency rooms:

“Yesterday was National Day Of Appreciation For Abortion Providers.” (I wonder how many women appreciate almost dying at the hands of Delaware Planned Parenthood abortion providers.)

“Good News About Birth Control (and Other Services!) from Planned Parenthood” (Yes, great news about the “service” of abortion for all the women yet to be injured…)