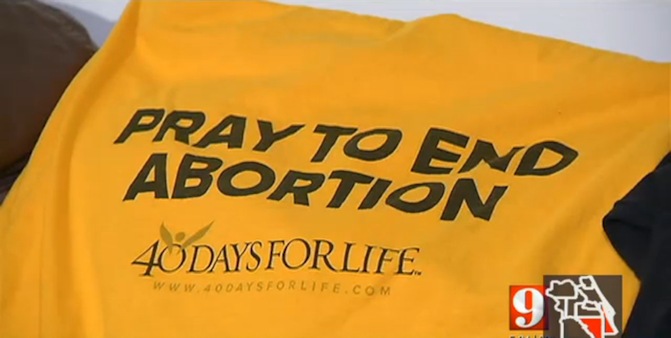 Earlier this week, a Florida man reported that an employee at Planet Fitness gym asked him to leave the premises after a fellow gym-goer complained about the pro-life t-shirt he was wearing. Mike Amoroso’s shirt read, “Abortion Kills a Person,” and the employee told him that if he did not change into something else, Mike would have to leave the premises. He went home. But, undeterred, Mike returned the next day wearing a shirt that he thought would be more palatable than the first. It simply read, “Pray to End Abortion.” Watch 70-year-old Mike Amoroso’s story below:

Ironically, Planet Fitness has itself received flack from gym rats and anti-discrimination groups for labeling hardcore body builders as “Lunks,” a term coined by Planet Fitness.

On its own website, Planet Fitness sells a t-shirt that says,

Did you notice the part about ‘not judging’ being a part of Planet Fitness’ business model?  Yet, any phrase showing support for the human rights of unborn children is judged as offensive at Planet Fitness. Visit the Planet Fitness Facebook page if you’d like to voice your opinion about Mike Amoroso’s experience at the self-proclaimed “judgment-free” gym.