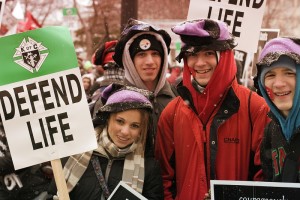 In August, the Pew Research Foundation released survey results which focused on the morality of abortion, and indicate that just about half of the population (49%) views abortion as flat-out immoral. But that does NOT mean that the remaining 51% view having an abortion as a morally acceptable choice. In fact, only 15% of Americans consider having an abortion morally acceptable, according to the survey, while 23% hold that it is not a moral issue.

While the religion that identifies individual Americans plays a significant role in predicting their stance on abortion, church attendance is a stronger indicator of where an individual will stand on abortion. According to the National Review Online:

However, as many political professionals and researchers know, church attendance is a far better predictor of abortion attitudes than religious beliefs. Seventy percent of those who attend religious services once a week were inclined to say abortion is immoral. Within religious groups there were significant differences in attitudes between frequent and infrequent church attendees. For instance, 74 percent of white Catholics who attend Mass at least once a week consider abortion morally wrong. This is compared with 40 percent of white Catholics who attend Mass less often.

The biggest difference within any one church-going group (from those released by the survey) occurred among white Catholics, where there is a 34% difference in the abortion views of those who attend Mass once a week versus those who attend less frequently. According to Pew:

Notably, the survey also revealed that more women than men find abortion morally unacceptable, at 50% versus 48%. The Republican versus Democrat views reflect that 64% of Republicans view abortion as morally wrong, while only 38% of Democrats do, with an even larger gap between those who view themselves as conservative versus liberal, at 67% versus 31% holding abortion to be morally wrong, respectively.