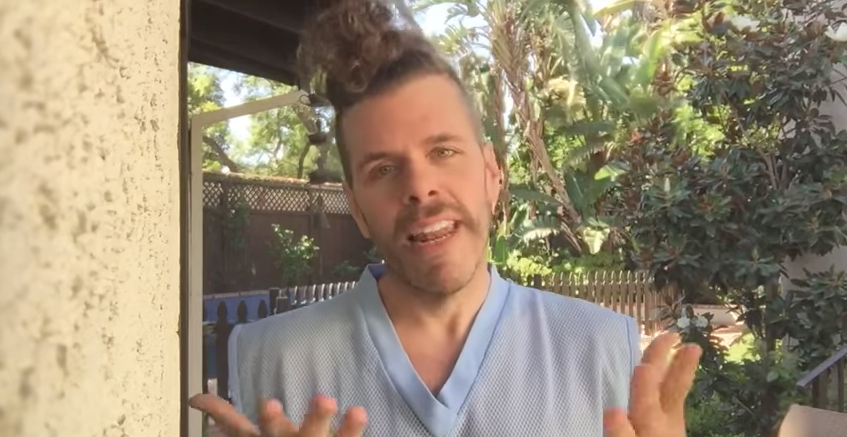 News broke this weekend that “Keeping Up With The Kardashians” star Kylie Jenner is pregnant. Twenty-year-old Jenner has been dating rapper Travis Scott, and the two are reportedly thrilled about being parents. Who is not thrilled? Celebrity gossip blogger Perez Hilton, who reacted to the new pregnancy with a video urging Jenner to get an abortion.

Hilton, whose real name is Mario Lavandeira, published a video on YouTube reacting to the news. While he appeared excited, Hilton soon switched gears, saying that while he “loves life” and “loves babies,” Jenner’s mother should “tell that girl to get an abortion.”

“Kylie Jenner and Travis Scott are not going to last. They’re not going to end up happily ever after. They’re having a baby and they barely even know each other!” Hilton said. “But you know what? It’s great for business!”

He continued on his tirade, and it only got worse: “This is when being pro-choice really comes in handy,” Hilton said. “I just don’t understand the thinking!”

Hilton then argued that Jenner likely wouldn’t make a good mother: “It’s just sad, because I don’t want to project too much upon Kylie Jenner, but based on everything I know, I personally don’t think at 19, and given who she is and where she is in her life, she’s going to be a great mom.” 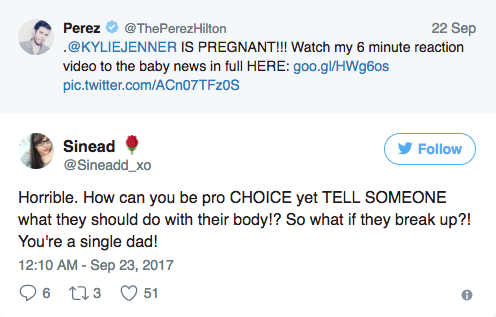 Hilton acknowledged that Jenner is extremely wealthy — meaning the baby would likely want for nothing — and that she would likely have nannies to help, but he still demanded that she have an abortion.

“Kids need more than just a paid babysitter,” he said. He then added that his heart went out to “the poor unborn child.”

“She probably didn’t even say anything to Kylie about having an abortion,” Hilton said of Kris Jenner. “She should have had an abortion, right?” 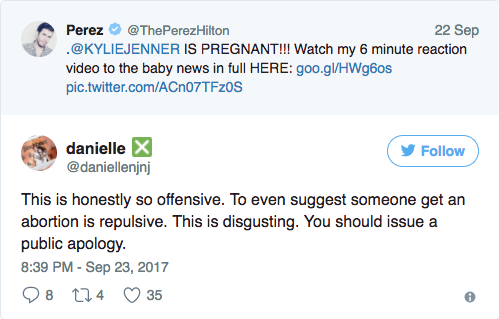 Predictably, there was almost instant backlash to Hilton’s remarks, and he posted another video defending his comments.

“I 1000 percent respect a woman’s right to choose,” he claimed. “I am not saying that Kylie Jenner should get a abortion right now. What I said, or what I meant to say, if I didn’t say it accurately, is that if I were her mother, I would have told Kylie Jenner to get an abortion when they found out in July.”

“I’m not saying to get an abortion now. I’m not saying, ‘Get an abortion!'” he continued. “I would never say that to her. I’m not her dad or her mom. But if I were, that’s what I would have said. And I would say the same thing to my daughter if she were to get pregnant under similar circumstances: her age, not a stable relationship, her just being totally unfit to be pregnant, in my opinion. And at the end of the day, my opinion is just that.”

How that is better than Hilton’s original comments is unclear, as the point remains the same: the best thing, in his opinion, would have been for Jenner’s preborn child to be killed.

Twitter users pointed out to Hilton that many of his comments were hypocritical, cruel, and misogynistic, considering that he is, himself, is a single father — yet he still railed on Jenner, merely because there is the possibility that she might one day separate from Scott. Hilton also claims to support “a woman’s right to choose,” yet seems to want to make the choice for Jenner. Even though Jenner is, as Hilton pointed, wealthy and part of a large family, that still isn’t a good enough situation to bring a baby into the world.

It says a lot about our pro-abortion culture when even a remarkably wealthy celebrity can’t get pregnant without being told she should have an abortion. The abortion lobby’s attempt to continuously push abortion on women truly is mind-boggling and despicable.