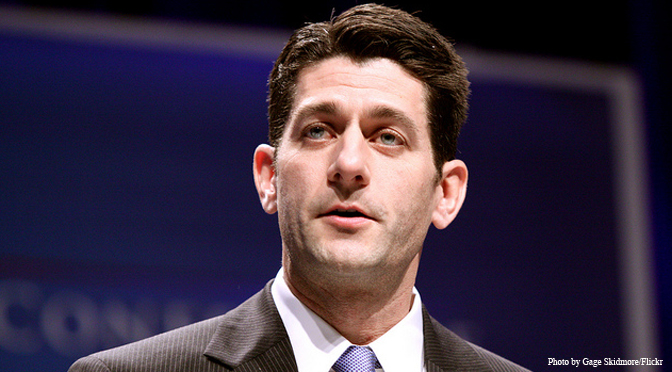 On Sunday, newly elected Speaker of the House Paul Ryan clearly laid out his views on Planned Parenthood, and the efforts to defund America’s biggest abortion provider. In an interview with CNN’s Dana Bash, Ryan mentioned the undercover videos released by the Center for Medical Progress, and called for action from the newly formed congressional special committee created to investigate Planned Parenthood…

I don’t think Planned Parenthood should get a red cent from the taxpayer. I’ve always believed that, even before these disgusting videos came out… We’re just beginning to start a committee to investigate Planned Parenthood. That’s important. So the special committee on Planned Parenthood, I think, should be in the driver’s seat overseeing this process.

When asked directly if he would defund Planned Parenthood, Ryan acknowledged the uphill climb ahead, but encouraged pro-life lawmakers to continue to push the issue and to “speak truth to power”:

I think being an effective opposition party means being honest with people upfront about what it is we can and cannot achieve. But we also have to push issues where we can push issues, we have to speak truth to power. We have a president that isn’t willing to listen, that isn’t going to sign lots of our bills into law, we have a Senate that has a very difficult process when it comes to actually getting bills voted on…

Ryan is correct in saying that political forces in power present an imposing challenge to those seeking justice. However, as the congressional special committee takes “the driver’s seat” in the Planned Parenthood investigation, the truth will continue to come to light.