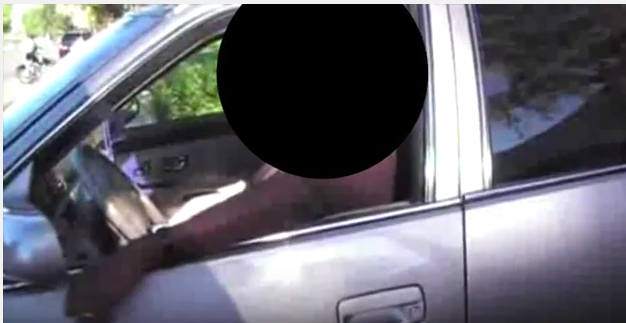 A newly released video shows a pro-life activist confronting a pastor who drove his daughter to work at a Northern California Planned Parenthood abortion clinic. Don Blythe has been involved in pro-life ministry for 32 years and regularly witnesses the Gospel outside abortion clinics.

In his many years, he has also observed a disconnect in the church regarding abortion. Blythe told Live Action News that there are many church leaders today that are both participating in abortion as well as defending it. He personally confronted one such Pastor who drove his daughter to Planned Parenthood years ago. The interaction was captured on video and only recently released after Blythe said he was contacted by other activists who are experiencing similar interactions with church leaders. Blythe said that he recognized the Pastor who had been an acquaintance in political issues as he drove in his car that had a Jesus bumper sticker on it, into the Planned Parenthood Mar Monte parking lot several times over the week. He originally thought the Pastor might be going to another business in the complex, but when he realized he was taking someone to Planned Parenthood, he decided to confront him.

“I am shocked. You call yourself a man of God and you drop someone off at an abortion clinic…When did the devil get a hold of you?” Blythe said to the Pastor whose identity Blythe decided not to release.

“You are actually participating in the killing of children at a racist organization. The woman who started this organization called Black people the weeds of society. And you’re sitting here supporting an abortion clinic by bringing someone into work at the abortion clinic? Satan has a hold of you pastor. I’m so disappointed.”

“There is no reason to be disappointed at all. First of all that woman you are speaking is actually my daughter… I can’t control her decisions.”

Blythe reiterated his outrage using the scriptures to persuade the church leader that he was wrong.

“Pastor, I cant believe you and I are having this conversation. You are supposed to be a man of God… The Bible says have nothing to do with darkness.”

But, the Pastor continued his defense, claiming that his 18 year-old daughter needed a ride and needed the job that he claimed had nothing to do with killing babies, “MY daughter doesn’t do anything with abortion.”

Blythe responded, “She gets paid when babies get killed…”

The Pastor then claimed that his daughter wasn’t paid by Planned Parenthood, as if that made it somehow okay.

“She is paid by the federal stimulus package with the summer youth job program.”

He then claimed that he had no authority to control where his daughter worked but Blythe challenged the pastor’s thought process by asking if the pastor would drive his daughter to a prostitution house if she asked him to.

“I understand your argument, I’ve already had these discussions already with her. Arguing with me is not going to change anything,” the Pastor replied to Blythe.

But Blythe continued to rebuke the “man of God.”

“You know what you are supposed to be doing? You are supposed to say, hun I love you but you have no business working in an abortion clinic at all and I will not take you there… I am going to follow God first.

“I have been doing this 25 years and I can’t believe you are here. This has to be a bad dream. And you are going to go in the pulpit Sunday and preach the Word and tell people that they are to walk in righteousness even if it hurts? They’re to pick up their cross and follow Christ? You’re not picking up your cross. You’re chucking your cross in order to be here today.”

Again, this pastor defended his act by responding to Blythe that he was not “working at this place.”

“You are working at this place by participating in her evil deeds,” Blythe told him.

“If she told you she just got a new job as the secretary of the KKK would you drive her to the KKK office?”

“Of course not,” the Pastor replied.

“You just did,” Blythe told the Pastor.

Watch the interaction below:

Blythe, who has rescued thousands of babies by being faithful outside abortion facilities said that he was once like this Pastor, not really thinking about what is taking place in abortion clinics across this nation.

“The problem with our churches is that a lot of people in the church, including me at one time, have no idea what abortion is. When I look at this Pastor I have to say, except for the grace of God, there go I.”

Blythe said that he believed that after he rebuked this Pastor that he had a change of heart and for that reason, Blythe told Live Action News that he decided to blur his face and not mention his name. He said he has no intention of publicly humiliating this man but he wants to challenge church leaders to take the killing of the preborn seriously, as seriously as God takes it, “I wanted to expose the issues of these weak pastors,” Blythe said.

“The reason I don’t want to show his face is because he is feeling guilt. Had he not been repentant I would have exposed this guy for the fraud that he was.

This was an example where he wasn’t thinking it through – having a wayward daughter the last thing you want to do is enable her. As you see on the video – he seems to come around. He seems to have a repentant heart.”

You can learn more about the incredible ministry of Don Blythe at his At the Well Ministries here.