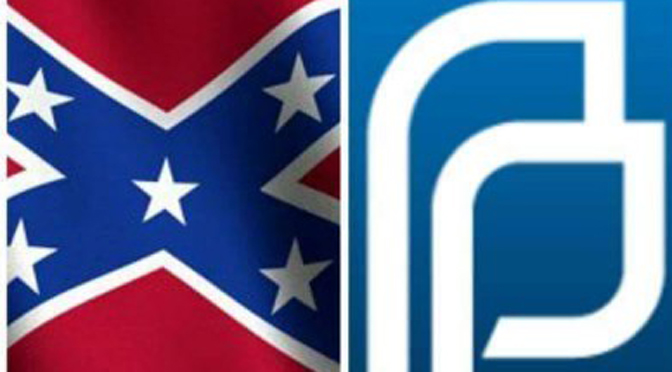 Rev. Clenard Childress is the pastor of New Calvary Baptist Church in Montclair, NJ, and President of Life Education and Resource Network, whose Black Genocide website is dedicated to education about abortion’s impact on the black population and Planned Parenthood founder Margaret Sanger’s association with the eugenics movement.

Outside the convention, Childress set up a large banner with a Confederate battle flag captioned “Evil done to us?” on one side, and an aborted 10-week fetus captioned “Evil done by us?” on the other—a message capitalizing on recent controversy surrounding the alleged racial message of flying the Southern symbol on public property. “This connects the dots better than the others,” he said.

Noting that the black abortion rate is five times higher than that of whites, Childress told Philly News he was asking whether the NAACP believes those “black lives matter,” invoking another refrain currently popular among activists who decry violence against black Americans yet are pro-choice.