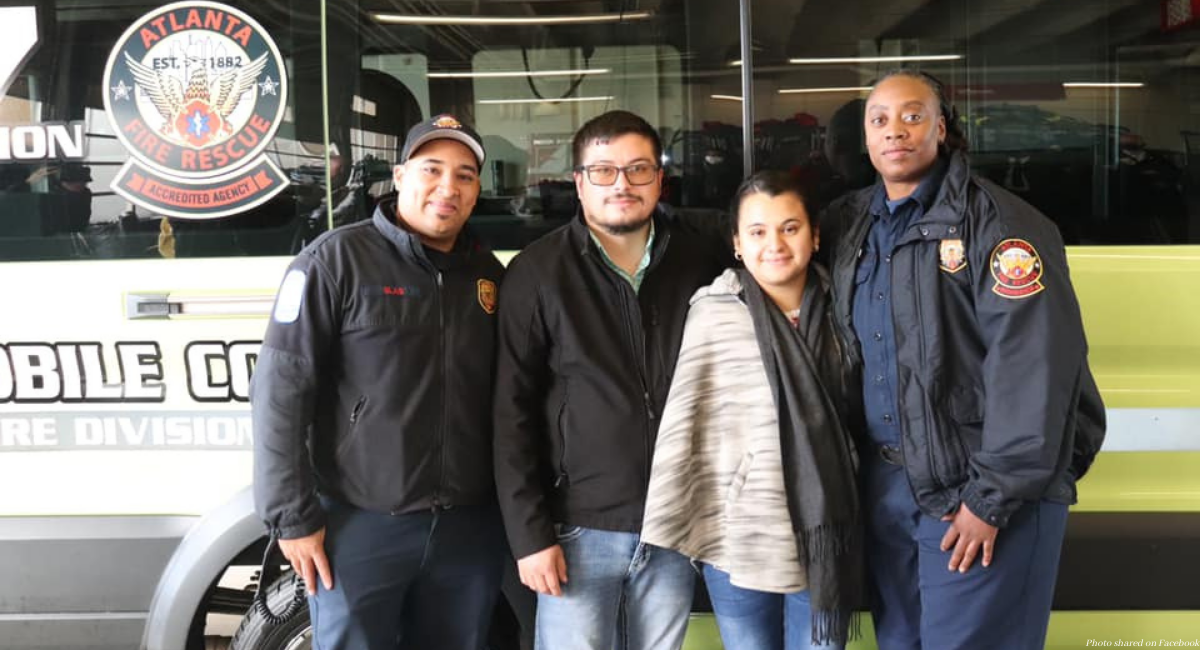 First-time mom Liliana Castaneda Avilia of North Carolina has quite a birth story to share with her daughter, Analia Acevedo Castañeda, when she grows up. Castaneda Avilia was just 35 weeks pregnant, due December 23, when she went into premature labor aboard a November 14 flight from Guadalajara, Mexico to Raleigh, North Carolina. The plane had been in the air just one hour when her water broke and contractions started.

Fortunately for Castaneda Avilia, a nurse was aboard the plane, and he coached the young mother during the remaining three-and-a-half hour flight to a layover destination of Atlanta, Georgia. Castaneda Avilia told an CBS 46, “He was like, ‘yeah the baby girl is coming, it’s on it’s way,’ and he was like ‘don’t try to push, because if you push more the baby will come out,’ so I hold those contractions for like 3 hours and 30 minutes on the way here.” The nurse also helped Castaneda Avilia move to the back of the plane, where she was administered oxygen.

READ: Local mothers rush to the aid of stranded premature baby and family

The pilot radioed ahead to emergency services personnel (EMS) at the Hartsfield-Jackson Atlanta International Airport, and members of the Atlanta Fire Department waited anxiously for the plane to touch down. “When we got to the gate, we noticed that the airplane was coming in exceedingly fast,” “one firefighter, Juanetta Nash, commented. “Faster than normal, so we knew it was an emergency, we knew people were nervous.”

Once the plane landed, Nash and other firefighters boarded and assessed the need to deliver baby Analia there in the airplane. “We knew what we were doing, we wanted to make her feel as comfortable as possible, just putting ourself in her shoes,” Nash continued. “We knew that she was already very uncomfortable.”

Castaneda Avilia recalled, “They were like okay are you ready to push, I’m like yeah, I’m ready to push, so I just push once and the baby girl came out crying.” Firefighter Nash called the delivery “a special occasion,” adding, “Once she did deliver, one of the flight attendants got on the microphone and she was able to say, ‘Hey we have a baby girl.’ Everybody started clapping. I mean, the pilots were high-fiving.”

The five pound, four ounce premature baby was admitted shortly after to a hospital, with an expected discharge date of December 1.