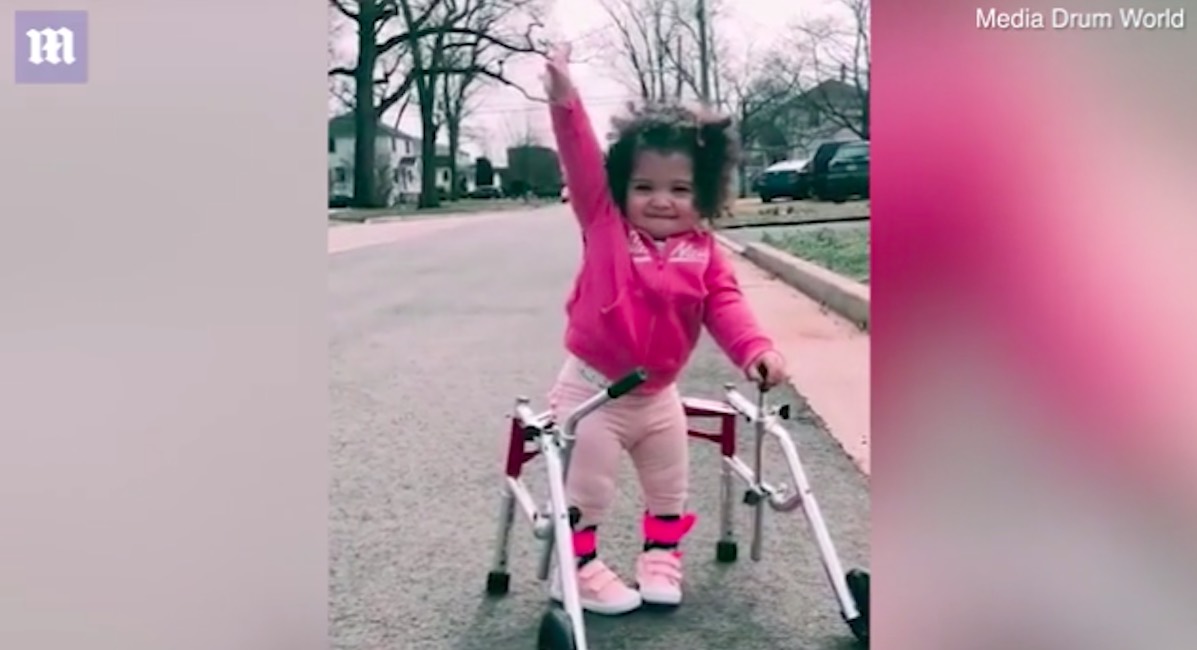 Crystal Ortiz and her husband Bryan were told that their preborn baby would have spina bifida, a condition where the baby’s spine does not develop normally. Babies with spina bifida are born disabled, but can lead happy and successful lives. Often, they can even be helped with prenatal surgery. However, Crystal and Bryan were encouraged to abort their daughter.

When the doctor looked at the baby’s 20-week ultrasound scan, he suggested abortion. Crystal recalls the conversation. The doctor said:

Congratulations, you are having a girl, but she will be coming out either severely delayed or brain dead. Her lesion tells me that she also will be fully paralysed or paralyzed from hips down. You guys are young and can try again. I advise you abort.

Crystal describes the rest of the conversation:

The list went on and on about the negative things our sweet girl was going to be born with. He then proceeded to say, “if you would like to keep ‘it’ then we need to immediately do an amniocentesis test right now to see what other defects your child will be born with.”

Crystal yelled at the doctor and told him to leave the room. The couple kept their baby, who they named Riley. Crystal documented her experiences with Riley on social media and was called “selfish” for not aborting Riley. But many other people were moved and encouraged by Riley’s story.

It is never “unselfish” to refrain from killing someone, whether or not that person has a disability. Individuals with disabilities lead meaningful lives and have a right to their lives. Making them victims of violence is not doing them a favor.

Despite the doctor’s dire predictions, Little Riley is paralyzed only from the ankles down. She uses a walker. Crystal does not regret welcoming Riley into the world:

I fell in love [with Riley] and she instantly gave me a sense of courage that I was going to be great at this thing called parenting. I’m sure my husband felt the same way…

In sharing Riley’s story, mothers found me, and that’s when I knew I needed to continue to share Riley’s story to give other families that same hope and faith I was once looking for.

We had many who doubted Riley before she made an appearance on this world, but we didn’t let that stop us, we overcame it and had our beautiful angel.

Riley and her parents have inspired many other parents, and Riley is a blessing to her family. All because the Ortizes stood up to their doctor, who pressured them to have an abortion. How many other babies like Riley are aborted when their parents give in to similar pressure?