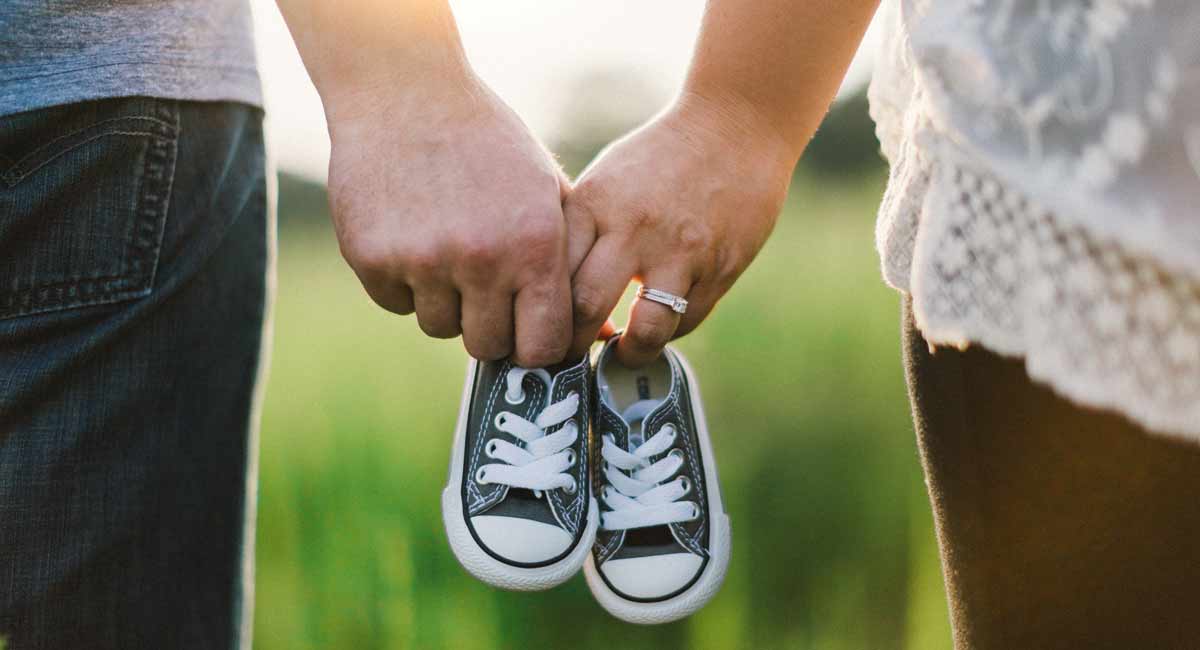 (Pregnancy Help News) Ivette had just taken the first dose of the chemical abortion pill protocol when she began to feel the pangs of regret. Sitting in the abortion facility, she felt emotion wash over her.

“I knew it was wrong, and as soon and the doctor walked out, I started crying. I asked my boyfriend, ‘Why are we doing this?’ and he just hugged me,” she wrote in a reflection sent to Heartbeat International several months later.

The abortion facility hadn’t let Ivette see her unborn baby on the ultrasound screen, but they estimated her child to be about four weeks old. Just a day before, the couple had believed abortion was their only way forward. With an almost-two-year-old daughter at home, they didn’t believe that bringing another child into the world was financially feasible.

That belief was about to be challenged in a major way.

On the drive back home from the abortion facility, the full force of Ivette’s regret came rushing through her.

“I started arguing with my boyfriend, asking him why he had convinced me to do it. That I didn’t want to, that I hated him,” she wrote. “And he was just looking at me, and I was crying and crying.”

Struck by her words, her boyfriend pulled the car over.

“He started telling me I was right, that he was dumb for even talking me into it, that we should’ve done the right thing,” she recalled.

That’s when her boyfriend decided to take action. Grabbing his phone, he began searching the internet for a way to save their unborn baby. He came across Abortion Pill Rescue, a 24/7 helpline (877-558-0333) backed by a network of 800 medical professionals offering Abortion Pill Reversal.

The reversal protocol, which was developed by physicians George Delgado and Matt Harrison more than a decade ago, works by giving a woman extra progesterone up to 72 hours after she takes the first chemical abortion drug.

READ: Abortion pill reversal uses the same hormone used to halt miscarriages, so why do some oppose it?

“Women who are facing the immediate regret of abortion call the APRN helpline every day seeking hope and options,” said Christa Brown, director of Medical Impact for Heartbeat International. “They don’t give up the right to other choices when they seek an abortion and we are here to help.”

For Brown, a woman’s courage to call the helpline and try to rescue her baby is nothing short of heroic.

“One of APRN’s main goals is to help ensure that women like Ivette have the opportunity to choose life for their children every step of the way,” she said. “We are so thankful for the courage and strength of our clients who choose life often under many pressures to continue the abortion. All of our 900 moms are true heroes.”

Despite whatever glimmer of hope the helpline offered, Ivette was convinced it was too late for their baby.

“I told (my boyfriend), ‘Hang up. This is ridiculous. There’s nothing we can do. What is done is done,’ and took away his phone as we drove back home,” she wrote. “I felt sad. I felt mad. I hated myself. I couldn’t stop thinking about my daughter I already had and what a beautiful blessing she was coming into our lives.”

Tears overwhelmed Ivette for the rest of the day. She could hardly sleep that night. Early the next morning, she searched the internet once more for the Abortion Pill Rescue number.

“A really nice nurse answered,” Ivette wrote. “I will never forget her. She started asking me questions and told me we were still in time to reverse the abortion.”

The nurse connected Ivette to a local doctor who provides the Abortion Pill Reversal protocol and advised her not to take the rest of the chemical abortion regimen. The doctor’s office set Ivette up with an appointment immediately. Together, she and her boyfriend drove 45 minutes to the pro-life clinic.

“I felt so much peace as I entered his clinic,” Ivette wrote. “It had a really big Virgin Mary and a little place for people to pray. I felt hope.”

While waiting to be seen, she slipped into the bathroom. Her hope faltered as she saw how much she was bleeding.

“I was bleeding so much, and I said to myself, ‘I’m losing the baby,’” she wrote.

But the doctor was still willing to fight for her and her unborn baby. He administered progesterone to her and prescribed more for her to take over the course of the next two weeks when she was to return to the clinic for a follow-up appointment.

READ: To date, Abortion Pill Reversal has helped save over 900 babies from abortion

Ivette’s worries weren’t gone just yet. The same day she began the reversal treatment, she received a dire voicemail from the abortion facility she had visited. The staff reminded her to take the other four chemical abortion pills the facility had given her and warned that if she continued the pregnancy, her baby would be born with birth defects.

Once more, Ivette turned to the kind nurse from the Abortion Pill Rescue helpline for guidance. Using the research performed by physician George Delgado, the nurse assured her that her baby was at no greater risk of being born with a defect than any other baby.

As the days passed by, Ivette continued to bleed heavily. Nevertheless, she continued to take the progesterone, and after two weeks, she returned to the pro-life clinic.

Ivette nervously watched the screen as the doctor performed the ultrasound. Then, he gave her the news she was longing to hear.

“He told me, ‘There’s a heartbeat!!!’” she said. “And there it was on the screen, a little flickering. We couldn’t believe it. I looked over at my boyfriend as he smiled and said, ‘We did the right thing.’”

Ivette continued to take progesterone for the rest of the first trimester. Then, late last year, she met the tiny baby she and her boyfriend rescued all those months ago.

“I delivered my baby boy by c-section, and let me tell you, he is the cutest little guy,” she wrote. “I couldn’t imagine my life without my daughter and my son. I love them so much and I know we did the right thing. Thank you, Abortion Pill Reversal, for this second chance.”