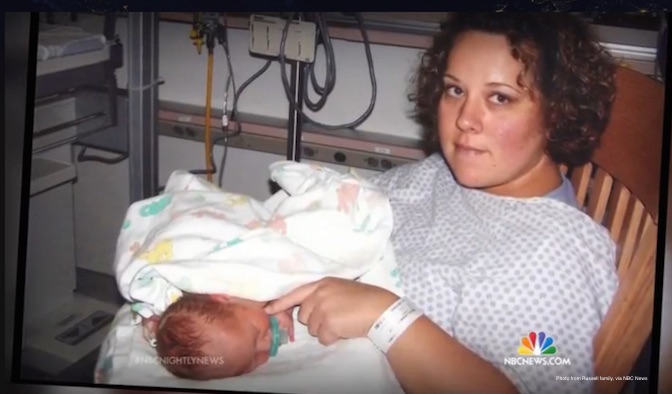 Faith Russell is an unstoppable girl. Despite the challenges this 10-year-old was born with, Faith “has continued to give hope to others.” Her parents refused to have an abortion, and now many across the world are grateful.

At a 20-week ultrasound, Faith’s parents were given devastating news. Not only did their tiny daughter have spina bifida, but doctors were diagnosing her with the most severe type, saying she would be a vegetable. Robin, Faith’s mother, told NBC News, “I’ll never forget the doctor saying, ‘These kids never walk.'” But Greg, her father, shared the family’s belief that “Everything happens for a reason. And we prayed… we have faith.”

In a January, 2015 article, Samaritan’s Purse shared about the pressure put on Faith’s parents to have an abortion committed on their daughter. The doctors even used Faith’s older brother as an incentive to end their small daughter’s life:

The doctor advised that they consider an abortion because she would likely be physically and mentally impaired. A specialist said it “wouldn’t be fair” to their nearly 3-year-old son, Griffin, for them to have this baby. They were given two days to decide. …

“My darkest time was when the doctor was saying that she would never walk,” Greg said. “It’s kind of shallow but the one vision that popped into my head was on her wedding day. I wouldn’t walk her down the aisle, I’d push her.”

“We believed strongly that God has a purpose for every life,” Robin said.

They clung to the statement about the man born blind in John 9:3, trusting that God’s glory would be revealed whether she would be in a walker or a wheelchair.

Faith arrived on September 28, 2005, and before long the nurses in the neonatal intensive care unit were calling her Scooter because she was pulling her knees up and crawling up in the bed.

According to The Daily News, this “tiny dynamo” defied the doctors’ predictions after her parents rejected abortion. Faith walked at 21 months. In her short life, the amazing little girl has participated in more activities than most 10-year-olds who do not have the limits of spina bifida. Her activities have included singing in a family and church group, gymnastics, training on a treadmill and elliptical, racing in a 5K, and co-leading Christmas gift drives for children around the world.

When Faith continued to bring up her heart’s desire to race in a 5K, her mother was unsure. She asked her daughter why she wanted this so much. Faith replied:

I want to show people that God made me walk and that, no matter what you have, even if they have spina bifida, you can always finish a race.

And indeed, Faith has finished not just one, but 22 races – complete with braces, cane, singing, and smiles. In addition to amazing determination, Faith has been gifted with a compassionate heart. She and her older brother Griffin were both touched by the plight of children in Haiti, after the 2010 earthquake there. Inspired in large part by her brother’s caring example, Faith asked for an adopted sibling for her 8th birthday.

When she realized that adoption was not an instant process, she decided to take on another project her brother had participated in that would show the love of Christ to needy children. With Griffin and the support of her pastor, Faith helped to lead a drive for Operation Christmas Child, collecting items and packing shoeboxes for Samaritan’s Purse to send around the world. 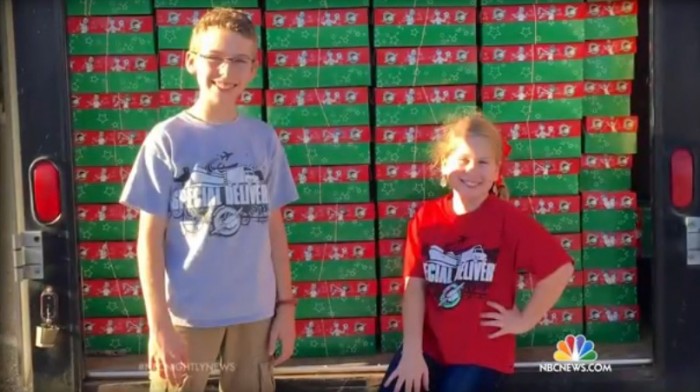 Faith with her brother, Griffin. Faith’s parents refused to have an abortion with her.

Doctors said she would never walk—but they were wrong! 10-year-old Faith Russell is not only walking, she’s doing 5 K’…

This year, Faith and Griffin’s drive brought in over 500 shoeboxes, and the determined little girl has a goal of 20,000 eventually. Faith’s parents remain inspired by the dynamic daughter they gave life to. Her father, Greg, says:

We all have problems, but nothing is too big for God. We keep faith, and keep going. Never give up. … We may not all run the fastest, but as long as we finish, that’s what matters.

As Robin told The Daily News, “She never does anything small. Greg and I are just along for the ride!” One Facebook commenter wrote, “What a special child…we should all be like her.”

We should all be like Faith’s parents, too — willing to choose life no matter the odds.

Editor’s Note: For the story of another courageous family who rejected abortion for their son with spina bifida – when their doctor offered to “absolutely” perform one at eight months – go here.