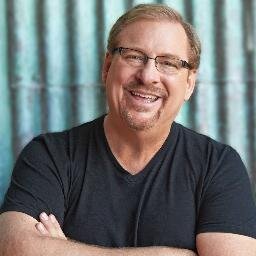 Does our Constitution guarantee the freedom of religion, or does it merely allow a more limited freedom to worship? The difference is profound. Worship is an event. Religion is a way of life.

Warren’s observation is that the forthcoming conclusion to be reached by the Supreme Court in the Hobby Lobby Stores, Inc. v. Sebelius case currently underway at the capital could have a profound effect on how the constitutional right to freedom of religion is implemented in America from here on out. If the court rules that Hobby Lobby and other business with religious owners must subject their personal beliefs to stipulations of the government, then the faiths of such employers must themselves be essentially empty, Warren explains:

The outcome of Sebelius v. Hobby Lobby will affect every American because any religion allowed to be practiced only inside a house of worship, and not in the day-to-day business of life, is a worthless faith.

The government stipulation with which Hobby Lobby has found itself at odds is the HHS mandate, requiring for-profit businesses of a certain size to cover abortion-inducing drugs in their healthcare plans. For many Americans, faith-based convictions are central to every aspect of life. More than the whims of whichever political party happens to be shaping legislation in the US, American turn to their religious formation to guide their daily actions and decisions.

The pro-life movement is a prime example of the moral hierarchy that shapes the lives of so many Americans; rather than simply accepting abortion and other anti-life practices without question on the grounds of their legality, Americans guided by a religious compass confidently oppose actions they perceive to be morally wrong. The same was true of slavery and the civil rights movement: the legality of dehumanizing black Americans did not cause religious persons to blindly accept the practice simply because it was legal. On the contrary, ethical views shaped by religion have frequently served as a catalyst to life-affirming action and legislation. We are seeing the same trend in state-level pro-life legislation in the US today.

Warren explains that the religious views of its owners have shaped the core business practices of Hobby Lobby. Until the HHS mandate was introduced, Hobby Lobby didn’t find itself at odds with the United States government on issues of how business was conducted. Hobby Lobby, for example, closes down on Sundays because of its owners’ Christian belief that Sunday is a day to rest and honor God. But Warren explains the odds at which Hobby Lobby’s owners now find themselves with the government:

The administration argues that because Hobby Lobby is a for-profit corporation, the company has no religious rights under the First Amendment. In fact, the government says that exempting Hobby Lobby from paying for drugs and devices to which the Greens object would amount to an imposition of the Greens’ faith on their employees.

The government has not argued that being closed on Sundays, for example, is an imposition of Hobby Lobby’s faith on its employees. But refusing contraception coverage in its healthcare plan, apparently, is. Warren argues that, without the freedom to practice their beliefs in all spheres of life, all of the other freedoms guaranteed by the Constitution are irrelevant.

“No provision in our constitution ought to be dearer to man than that which protects the rights of conscience against the enterprises of civil authority.” My prayer is that the Supreme Court will agree with Jefferson.