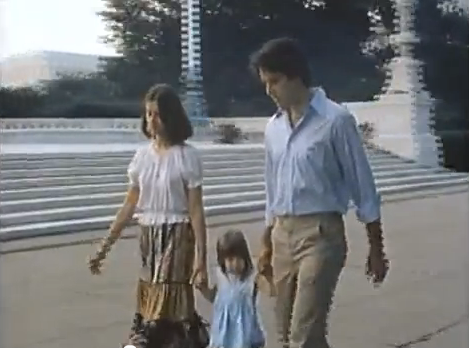 If you’re disillusioned by the pro-life movement, it’s time to give it another shot.

I recently read a guest post about abortion on Frank Schaeffer’s Patheos blog. Schaeffer wrote a piece entitled “A Christian Answer to the Lies of the Evangelical/Catholic ‘Pro-Life’ Movement.” That article went along with a guest post by Greg Rubottom titled “Death Throes of a Great Deception – The Fall From Grace of the ‘Pro-Life’ Movement.” We’ll get to tackling Rubottom’s arguments for abortion in Part 2 of this article, but for now I’d like to talk about Schaeffer.

I have a confession to make. Before reading Frank’s blog, I’d never heard of Francis’s or his son Frank Schaeffer’s pro-life work. Truth is, before writing this article, I knew little about both men. Perhaps as a pro-life advocate I should be ashamed of myself. How can I admit to being ignorant of the work of two men whom history records as pioneers of the American pro-life movement?

Perhaps it’s because I didn’t grow up in a conservative, evangelical, or Republican home. My journey to becoming pro-life didn’t start by attending a rally or listening to a candidate’s speech. It began the day my mother confessed to having scheduled an appointment to abort me. There were no elected officials from the Republican Party waving banners or asking me to sign petitions. My parents didn’t take me to abortion clinics as a youngster to hold pictures and pray. I’d never heard a sermon on abortion, nor did I care if a presidential candidate supported it or not. If the Schaeffers were “fathers” of the pro-life movement, you could consider me an orphan.

Everything changed when I realized that my life had almost been taken. Later, when I prayed, in the depths of my heart, a Voice whispered, “If I wanted you to live, how do you think I feel about the other children?” I had a dream that I was inside an abortion clinic waiting room, pleading with a woman to save her baby. I looked into her face and said, “Your child could be the next president of the United States.” I woke up flustered, and curious. I met a stranger at a church who came up to me and said, “You’re not here just because your parents desired you to be; you’re here because God wanted you.” The lady whose name I didn’t know said it over and over again, “God wanted you, God wanted you, God wanted you.”

I read Bible verses that spoke of God’s hatred of the shedding of innocent blood and the way he rebuked the Israelites for sacrificing their children to idols as a means of gaining financial prosperity (Leviticus 18:21). I contemplated the words God spoke to the prophet Jeremiah. “I knew you before you were born” (Jeremiah 1:5) resounded in my soul. I believed that God was sharing an intimate matter with me. Like a friend who needs a listening ear to share His sorrow, God told me of the pain He felt over His children who were being destroyed and the mothers and fathers who were wounded because of it. I listened to women’s stories. I wept.

Harriet Beecher Stowe wrote Uncle Tom’s Cabin after she had a vision in a church service of a slave being beaten. In later years, when asked about Uncle Tom’s Cabin, she’d remark, “God wrote that book.” Harriet believed that God had beckoned her to be a voice for a enslaved people whose prayers He heard.

Harriet Tubman was another woman who felt called by God to save her people. She was called the “Moses” of her people. Her life was reminiscent of the little Hebrew boy who was put in a basket, survived a death decree, and grew up to set his people free. Like the Jewish queen Esther who spoke up to save her people from annihilation, I wondered if I had been born for “such a time as this.”

Why is my story important? One reason is because it’s different from Frank Schaeffer’s. Frank got turned off – by politics, religion, agendas, opinions, all of it. It seems he grew disillusioned with Evangelical leaders, the Republican Party, and parts of the pro-life movement.

Greg Rubottom’s article on Frank’s site begins with these words:

In my lifetime I can’t think of a more insidious act done in the name of the Christian God than the Republican Party’s nefarious campaign to teach Americans that God opposes abortion.

Greg is referencing Frank’s past and the work he did – work that Greg believes is still deceiving Americans.

I can empathize with Frank. I read an interview with NPR in which Schaeffer talked about receiving money, airplane tickets, and fancy clothes while doing pro-life work. He wrestled in his soul over keeping his motives right:

I got very clever very quickly and somewhat disingenuous. In my heart, I’d keep telling myself, well, it’s all for the unborn. It’s for the unborn babies. It’s to save our culture, but getting sucked into the process very quickly changed who I was. 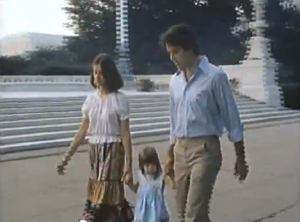 A shot from the movie, “Whatever Happened to the Human Race,” made by Francis and Frank Schaeffer and Dr. Everett C. Koop.

I don’t seek to judge him. I haven’t walked in his shoes. Truth is, I’ve enjoyed reading his writings. I don’t agree with everything he says, but I have found nuggets of truth. I appreciate his raw honesty over the mistakes he’s made with his daughter. I’m grateful for the courage he has to denounce racism and hatred. I’m glad he’s found a home in the Greek Orthodox Church and still has faith. I can relate to his experiences. I know imperfect people in every party, movement, and ministry. I too have been hurt by the motives of those who are doing good to profit themselves.

Thankfully, more often that not, I’ve been amazed by the sincere love and affection pro-lifers and believers have shown to the weak, vulnerable, and needy. I’ve seen young people stand outside in the freezing cold to pray for the unborn, couples open their homes to adopt disabled babies, children raise funds to help pregnant women, friends travel to the ends of the earth to care for the poor. I think the only cure for cynicism is love. I’m not cynical of the pro-life movement or the church because I’ve seen more good than evil. I’ve been overwhelmed by our love for one another.

There’s no denying that the Schaeffers played an important role in leading the pro-life movement in the 1970s and ’80s. I’m grateful for their labor. Though I respect Frank Schaeffer’s history, I am saddened to know he supports legalized abortion.

I became pro-life in 2003. I, along with thousands of other young pro-lifers, have come to our beliefs because of moral conviction, biblical truths, and personal experiences. The majority of my young adult friends are pro-life. Some are Republicans; others are Democrats or independents. They are not all Evangelicals, although most are believers. They are not all white or even conservative. Some are, though, and I’m grateful for them.

Our differences don’t matter. The common thread we have is this: we believe that abortion destroys beauty. We believe it not because we’ve been spoon-fed it. We’ve sought and found compelling truths that have changed our mindsets. Greg Rubottom belittles our stand by assuming we were unknowingly duped by a political party or a religious institution.

My heart goes out to you, Frank Schaeffer. I took my time while writing this because if you ever read it, I want it to be kind.

The Republican Party never taught me God hated abortion. God showed me himself.