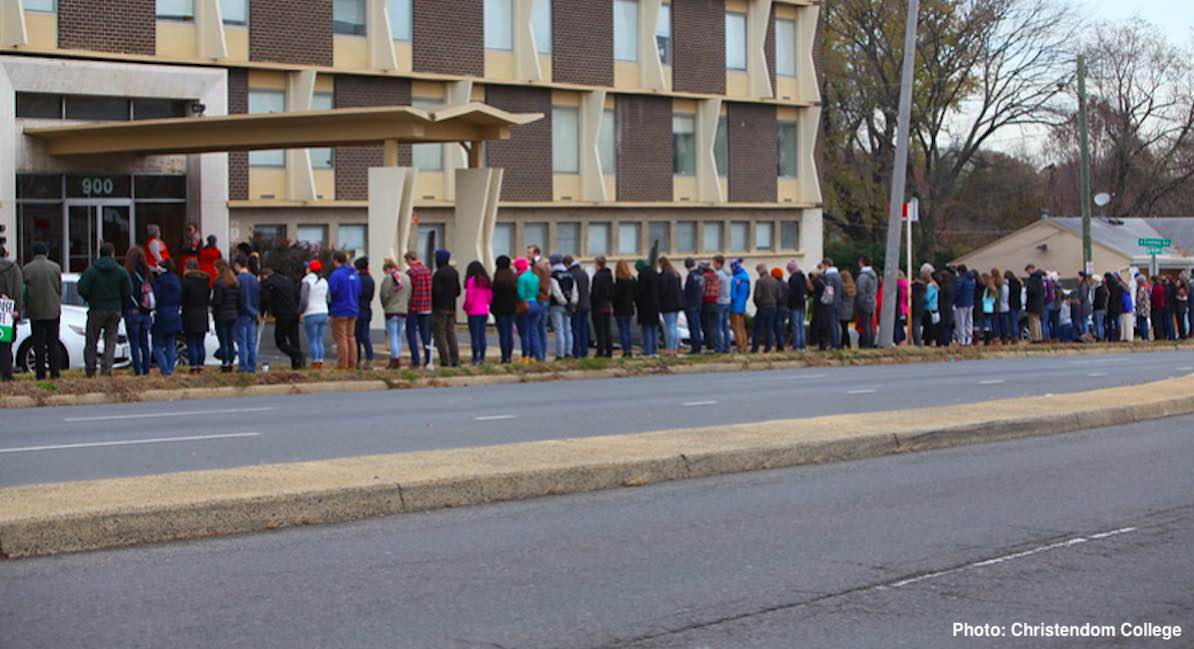 In 1977, Christendom College was founded in the beautiful Shenandoah Valley of Virginia, with the motto “Instaurare Omnia In Christo: To Restore All Things in Christ.” Shortly thereafter, a pro-life student club called Shield of Roses was formed.

The current club president, Elizabeth Eller, a junior majoring in History at the Catholic college, told Live Action News about the club name’s origin. “The name came from the concept of praying the rosary at the clinics every time we peacefully protest. Just as we say the rosary and ask (the Blessed Virgin) Mary to protect us from harm, we pray the rosary at abortion clinics and ask Mary to protect the most vulnerable among us.” Shield of Roses travels to the metro Washington, D.C., area each Saturday during the academic year to prayerfully protest outside of an abortion facility. Once per semester since 2007, Shield of Roses has organized “MegaShields,” encouraging larger portions of the student population and faculty to join them. 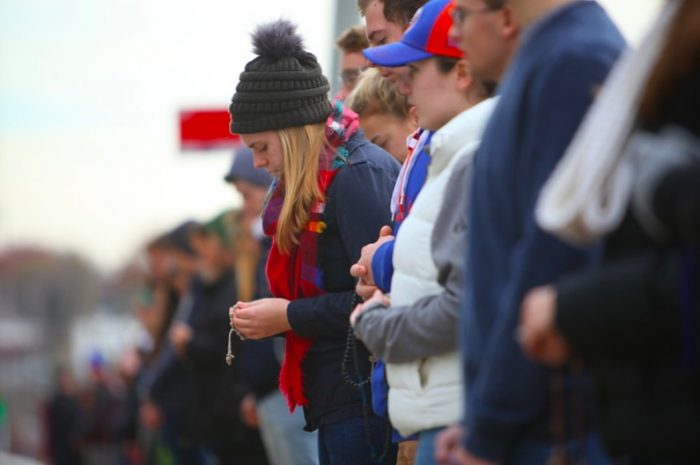 Eller has attended three MegaShields, and called them “inspiring and impactful experiences.” She told Live Action News that the fall 2019 MegaShield on November 23rd was a success, with over 90 students and faculty participating — which amounts to nearly 20% of the student population. 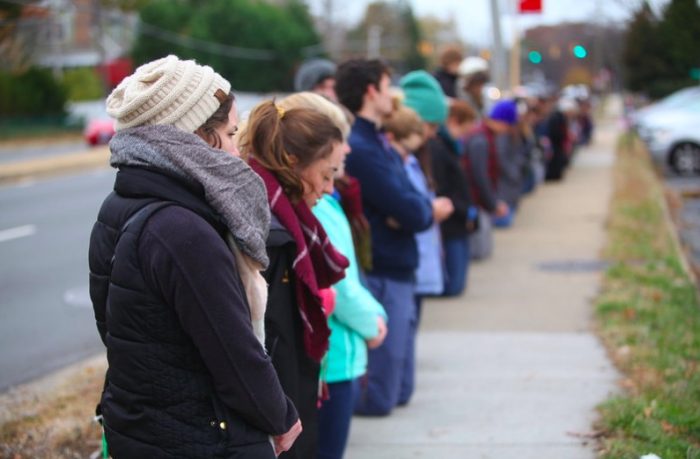 Christendom College, as one of the most faithful, orthodox Catholic colleges in the nation, affirms the teachings of Holy Mother Church as found in the Catechism, where it states, “Human life must be respected and protected absolutely from the moment of conception. From the first moment of his existence, a human being must be recognized as having the rights of a person – among which is the inviolable right of every innocent being to life.”

As a result, the college is committed to promoting the sanctity of life, and encourages its students to voice their pro-life convictions in the public square, including through prayerful protests at abortion clinics, participating in walks for life, and attending the annual March for Life in DC. The college cancels classes each year for the March so that all of the members of its community – faculty, staff, and students – may attend.

Gianna Coffey, a freshman at Christendom, told Live Action News of her first MegaShield experience via email. “Praying outside Planned Parenthood with MegaShield was such an awesome and beautiful experience,” she said. “The entire side walk out front was lined with young people dedicated to praying for the unborn, even amidst people rudely honking and yelling things at you as they passed. Being there with so many other students was super meaningful and I’m really glad I got to be a part of it.”