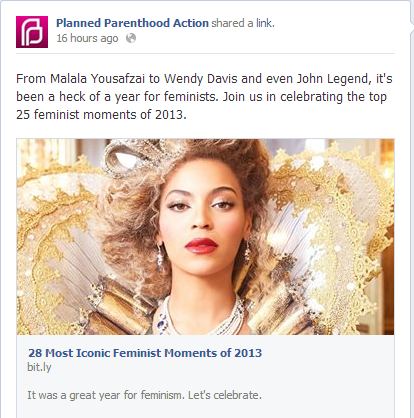 On Wednesday, PolicyMic released a list of 28 iconic feminist moments of 2013. Many of the moments are dubiously-named “feminist,” since the word denotes a person who believes in equal rights for women; but it has been hijacked to represent those who speak loudly for abortion rights (hence the list’s idol-worship of Wendy Davis and her filibuster in favor of fetal dismemberment in Texas). Nevertheless, some of the moments on the list were truly feminist according to the word’s actual definition. Specifically, the list included Mallika Sherawat’s unforgettable defense of women’s rights in India. 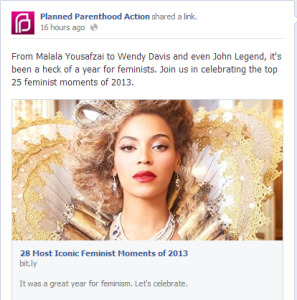 Sherawat, a beautiful Bollywood actress who has also done films and music videos in the US, was asked by a reporter why she believes Indian society is regressive women. Sherawat, who had done every last bit of her homework on the subject, replied by slamming India for its female gendercide, prominence of gang rape, and pride in honor killings for women who are viewed as disobedient to the patriarchy.

With female feticide, infanticide happening on almost a daily basis. with gang rapes making the headlines of every newspaper, with honor killings being tweeted about. Today I read in the paper according to UNFP that 40% of women are married below the age of 18. I think it’s a very regressive state for women, and I stand by it.

Did you catch the part where Sherawat condemns India for killing off its baby girls (because of India’s male preference) before and after they are born? It seems Planned Parenthood may not have done its homework on Sherawat before promoting the list, because the organization is now notorious for its cooperation with female feticide itself. According to a Live Action investigation from last year, Planned Parenthood is only too happy to oblige if a woman wants her daughter killed because she is a girl. Here is one of the videos: