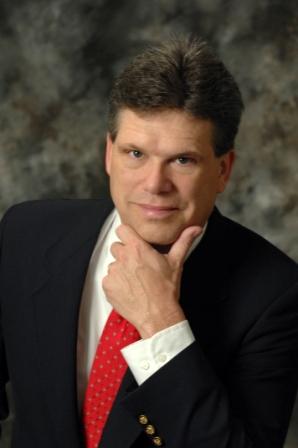 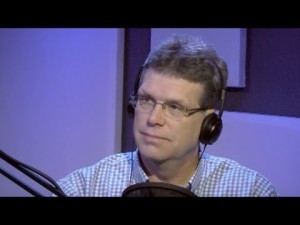 Scott Klusendorf always thought of himself as pro-life. While serving as an associate minister of a large church in Los Angeles, he knew well the biblical arguments in support of the sanctity of life, and he’d even preached against abortion from time to time. But it wasn’t until he attended a pastoral conference in 1990 that Scott’s world was rocked by the reality of abortion. Within months, Scott resigned from his full-time pastoral position and — with the blessing of his church and a clear calling from God — dedicated his life to persuasively communicating the pro-life message.

Since that time, Scott has written numerous books and articles while traveling the world to defend the inherent value of all human life. Recent travels brought him to the office of Online for Life in Plano, Texas, where Scott sat down with Brian Fisher, President and Co-founder of OFL. Dedicated to rescuing unborn babies and their families from abortion by using a unique mix of grace and technology, OFL has verifiably helped save more than 1,800 babies from abortion since 2012, and that number continues to increase on an almost daily basis.

Part of OFL’s multipronged strategy to change hearts and minds about abortion is their biweekly podcast. Featuring discussions about everything from post-abortion trauma to abortion and the black church, the OFL podcast has emerged as one of the most compelling broadcasts dedicated to disentangling the societal lies and cultural myths surrounding abortion.

During his interview with Brian, Scott opened up about the moment when he felt compelled to get involved in the fight to rescue babies from abortion:

“I went to a gathering for pastors where there was meant to be a large number of clergy present, and instead there were only four other pastors. The speaker laid out an incredible case for the pro-life position…but then he showed images of abortion. I had never seen abortion. After seeing those images, I was convinced I was no different than the priest and the Levite who passed by on the other side of the road instead of engaging to help stop injustice.”

That moment took place 24 years ago. Since then, Scott has risen to become one of the foremost pro-life leaders while focusing on laying out sound, logical arguments for life and equipping others to do the same.

“What I noticed was missing from the pro-life movement was the apologetics,” Scott says.

And so, he founded the Life Training Institute, a ministry focused entirely on pro-life issues and with a goal of maximizing its impact by training others to defend life as well. For over two decades, Scott has been presenting the pro-life position during live events and through the full use of modern media, including the Internet, radio and television broadcasts, and the publication of books and articles.

As Scott and Brian unpacked a number of flimsy arguments that are commonly used in support of abortion, their conversation drifted toward the moral relativism that permeates our culture and drives the abortion epidemic in our nation. Scott observes:

“We realize that there are deep relativistic worldview ideas that are entrenched in the culture and they’re not going away any time soon. Relativism, views on human value, these ideas are deep in the culture.”

Using arguments rooted in science and philosophy, and wrapped up in the gospel of Jesus Christ, Scott brings grace and truth to an otherwise emotionally charged issue. Ultimately, he seeks to bring intellectual cover to the care-giving branches of the pro-life movement — organizations such as Online for Life — so their work might be more effective:

“We seek to provide the intellectual cover for people working in the care ministries so they can know that their case is sound, their ideas are good, and they don’t have to wonder, ‘Am I fighting this long, lonely battle for nothing?’”

Brian concludes his interview of Scott by playing a lively game of “Stump the Apologist.” As Brian lists some of the most common pro-abortion arguments used today, Scott responds to them — and inevitably wins the game. And after demonstrating his uncanny ability to expose the logical fallacies of the pro-abortion position, Scott encourages all individuals who believe in the sacredness of life to arm themselves with easy-to-learn pro-life arguments. “The truth is on your side,” he reminds the podcast audience.