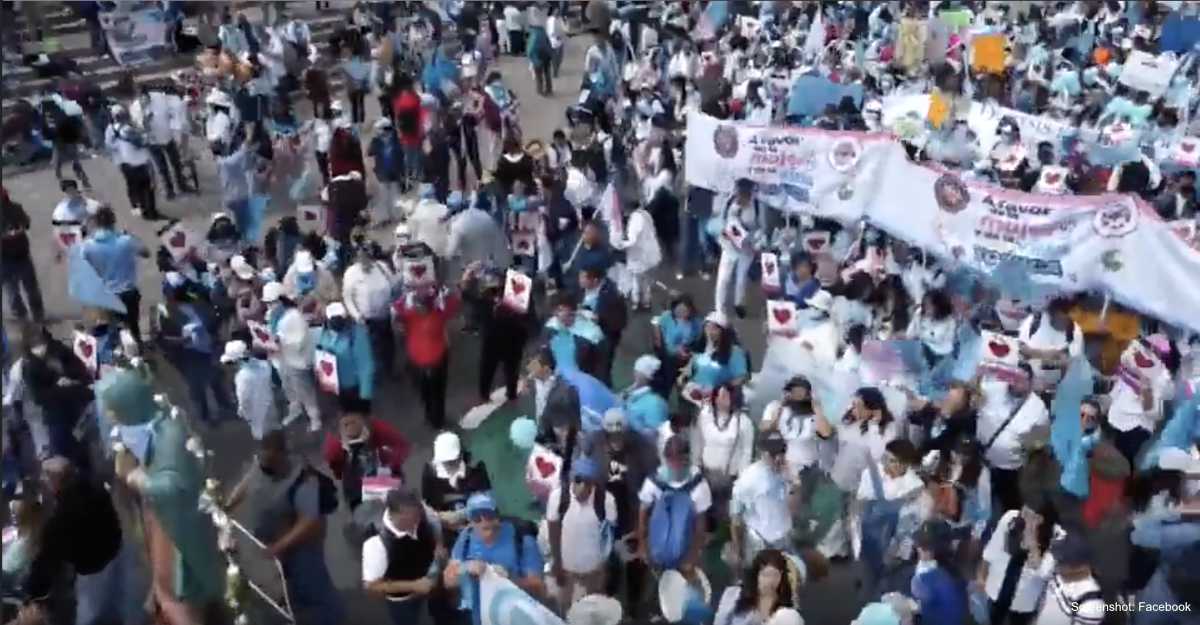 More than one million people participated in a series of pro-life marches which took place throughout Mexico on the weekend of October 8 and 9. According to Catholic News Agency, more than 200,000 people attended the event in Mexico City alone, while the other participants joined in marches throughout 30 states.

Marching under the theme “In favor of women and life,” the participants united “in favor of the causes of women, the protection of human life, and for peace in Mexico.”

Alison González, a spokesperson for the event, said that marchers were rallying  “as a result of the disagreement of so many Mexicans for living in a situation in which there is really no peace, no atmosphere that can promote human life in all Mexicans.”

As reported by Catholic News Agency, marchers read a manifesto during Mexico City’s march, which stated the following:

1. That laws be created in support of women in vulnerable situations addressing the root causes of their problems.

2. That the life of every human being be protected equally before and after birth, without any discrimination nor because of the degree of development, health conditions, or for any other reason.

3. That public policies be created in support of peace and unity for all, especially within the family.

4. That mutual trust be restored among citizens so that we can live together in peace and harmony, without violence.

The Mexican Supreme Court decriminalized abortion in September 2021. Abortion is now legal in eight of the country’s states, though there is a strong pro-abortion push to legalize abortion in many other parts of the country, while Mexican abortion facilities on the border are also targeting American women coming from states with pro-life protections.