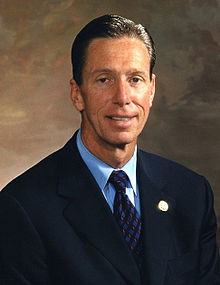 On Tuesday, it was  reported by The Boston Globe that Massachusetts Democrat Rep. Stephen Lynch of the 8th district, who is now running for Senate, has changed his stance on abortion:

US Representative Stephen F. Lynch, who has consistently described himself as an antiabortion legislator, said Monday that he believes abortion is a constitutionally protected right and that as a US senator he would actively oppose anti­abortion nominees to the Supreme Court.

It is pathetic. It is also sad how Lynch, who seems to have at one point been pro-life enough, is now so confused. In a Globe interview in 2001, he said: “I’m not sure … whether a fetus is a legal person. But I believe strongly that this is at least the potential of human life, and that it is the most special and precious gift, and must be protected.” Okay, so he was unsure, but at least such a quote shows that he seemed to err on the side of life then.

Lynch still seems pretty confused. This time, unfortunately, he’s siding with a position that is strongly anti-life. The Boston Globe attributes this to him: “I don’t oppose it. I accept, I guess,” when speaking on Monday to the Globe about Roe v. Wade.

The Congressman is so confused, though, that he actually still believes he is pro-life:

On Monday, Lynch said he still considers himself prolife because he continues to support a ban on partial-birth abortion. But he also supports Roe v. Wade, he said. “I do ­believe the Constitution should protect the right to privacy, absolutely. And that’s just not in the reproductive rights area, but generally, as well.”

Most would not consider that position pro-life. The Globe article is in-depth, and mentions admirable ways in which Rep. Lynch has supported the pro-life cause. But with such statements, and of course showing support for Roe, to where “as a US senator he would actively oppose anti­abortion nominees to the Supreme Court,” he can no longer justify identifying as pro-life. His opposition to partial-birth abortion is one of those admirable ways he may still support life, but that does not make him pro-life. Many would consider him pro-choice with some exceptions – and some commonsense exceptions at that!

Mercer points out a political motivation for Lynch changing his positions:

You see, there’s a Senate race in Massachusetts now that John Kerry is over at the State Department. Lynch was once pretty solid on life, but over the years his support for the unborn weakened significantly. But he was happy to have the press label him as “anti-abortion.” Helped him win Catholics in South Boston after all.

Whatever the exact reason for Rep. Stephen Lynch’s switch of position on abortion, it is truly a shame for the pro-life movement. It is also a shame, though, for the vulnerable unborn who need to be “protected,” to use Lynch’s own words.