I recently had the honor of introducing Reggie Littlejohn as the keynote speaker for a pro-life event held by students at Yale University. After speaking with Reggie and listening to her message, I was impressed. This humble woman is a Yale Law graduate, global human rights activist, and devoted wife and mother. Reggie is also the founder and president of Women’s Rights Without Frontiers, an organization which defines itself as a “broad-based, international coalition that opposes forced abortion and sexual slavery in China.” WRWF raises awareness regarding China’s two child policy and help to rescue girls who are at risk of being aborted because of their gender. Reggie and her husband Robert help more girls than they are able to personally meet. However, one 13-year-old Chinese girl named Anni Zhang has become part of their American family. 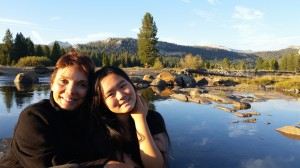 Reggie and her Chinese daughter, Anni

Anni Zhang is the daughter of an imprisoned Chinese dissident named Zhang Lin. Anni’s parents endured persecution because she was the second daughter born to their family. Although China now has a two-child policy, at the time of Anni’s birth, the one-child policy was still in effect. Anni’s parents never thought about aborting her, so her father sought permission from the government to keep her. The Family Planning Police pressured Anni’s mother to abort daily but she didn’t give in.

When Anni was ten years old, she was kidnapped out of school. It was an act of retaliation against her father for his work protesting the Communist Party. Anni and her father were kept under house arrest and Anni wasn’t allowed to go back to school. She was dubbed “China’s youngest prisoner of conscience.” She was faced with a future lacking education and a life spent in a Chinese state run orphanage. Zhang Lin wanted a better life for his daughter, so he asked Reggie Littlejohn to get Anni out of China. The Littlejohns felt God was leading them to welcome Anni into their home.

Anni’s story has received much attention recently, as this past February, a video of her playing piano was chosen as the winner of an international competition for a chance to perform in Carnegie Hall. Amazingly, Anni had only been playing the piano for two years when she competed.

Littlejohn said this regarding her second daughter:

“We are so proud of Anni.  She is flourishing, both as a pianist and as a top student. Her father, Zhang Lin, was trained as a nuclear physicist, and Anni has inherited his strength in math and science. Her story is an example for all those who struggle against the odds. Through our help and her own hard work, Anni is a witness to the hope of a new beginning and to the beauty, brilliance and infinite value of Chinese girls.”

“I never thought I would make it to Carnegie Hall, but with help from my American parents (Reggie Littlejohn and her husband, Robert), my teacher (Matt Wang), and God, I made it.” She goes on to say, “God did a total miracle, because I never could have made it without His help. Winning the competition to play in Carnegie Hall was 1% me and 99% God.”

In the competition video, Anni is playing Chopin’s Étude Op. 10, No. 5, full of joy. She is also studying English for the first time and she is a straight A student. The only thing that could make Anni happier is if her father was able to see her perform. Littlejohn stated:

Anni’s performance at Carnegie Hall will be one of the highlights of her life, and of mine.  I never dreamed I would have a Chinese daughter – much less one as talented as Anni.  But it will be a bitter-sweet occasion, because her father will not be there to share it. 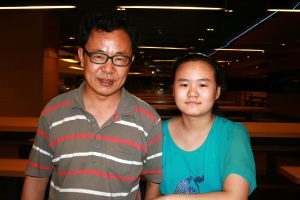 Anni and her father Zhang

Zhang Lin was released from prison on September 9, 2016, but he has not been approved for a passport to travel to the states. He was not able to be there for his daughter’s performance yesterday.

Zhang deserves to be applauded for the way he has fought for his family. Even when Anni was in the womb, he and his wife resisted governmental pressure and chose life for their daughter. It is a great blessing that Anni and her sister are alive, safe and pursuing their education. Their story serves as a witness to us that we must all work hard to fight against gendercide throughout the earth.