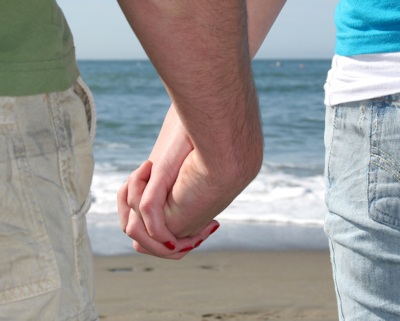 A recent post of mine for Live Action News, “I have been thankful for two years now,”  has certainly received some attention. LifeNews.com has re-posted the article, and sharing the link on its Facebook page has prompted some mixed opinions.

I hope to be a role model in that I am a pro-lifer and believe in the importance of pro-life relationships. I am certainly 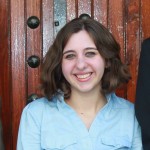 not a perfect role model though, as I am neither a perfect Christian nor person. Having engaged in pre-marital sex, I am indeed a sinner, and I admit that. We are all sinners though, and this is a sin I have personally struggled with.

Some comments suggested I break up with my boyfriend. I am glad not to have done so, as I believe in second chances. I am also thankful he has given me many chances in other areas of our relationship, as we deeply love each other.

I am happy to say that at least one person understood the point of my article, through such a Facebook comment from Nicole Fortune: “Beautiful story. Some men need just one good woman’s “permission” to admit their discomfort with all the pro choice (baby butchering) rhetoric.”

I will say that the best way for a pro-life couple to avoid an unplanned pregnancy, and thus possibly experience suggestions or even pressure to have an abortion, is of course abstinence. But, as my boyfriend and I have shown, one does not need to be abstinent in order to be pro-life.

I have addressed pro-life assumptions with a previous article. One common misconception seems to be that pro-lifers are virgins. I, and other contributors, have received comments assuming that they must be prudes or even hate sex. Really, from a single article, especially one about how to have a pro-life conversation, one cannot be 100 percent certain about someone’s sex life. And, as is the case with myself, some assumptions turn out to be wrong.

And as I wrote under the subtitle of “Pro-lifers are prudes and virgins:”

But whatever kind of sexual experience a pro-lifer has had, such experience does not speak to all, and it does not make them any more or less devoted as a pro-lifer.

Now again, I don’t think it makes me the world’s best role model to have engaged in pre-marital sex. I don’t want to say that I am proud of my sexual activity, but I do feel I am contributing to the diversity of the pro-life movement. Our opponents may think we’re all the same, but when we prove them wrong through pro-lifers who may not be virgins, Christians, or Republicans (just to name a few assumptions), I feel it can only further show the flaw in their stance while strengthening our own.

I have written about abstinence before, and how encouraging one to abstain is not about making a judgment call. I have also written for Juicy Ecumenism arguing for sex within the confines of at least a meaningful relationship. While my views on abstinence have changed over the course of my lifetime, I have nothing against those who remain virgins until they are married. I admire such persons and hold them in high esteem for having the resolve.

Some may call me a hypocrite for not being a virgin but still encouraging others to remain one. But, as I already mentioned, I do believe that I bring something to the pro-life movement, and not just through showing we’re not all the same. I think I bring something through my experiences. I can personally say that sex outside of marriage, especially when not even in a long-term relationship, hurts. It especially hurts emotionally. I am not saying that everyone else should abstain but that I can have sex. And I am not trying to control people’s lives. Rather, I am trying to help them, so that they don’t feel the same kind of pain by making the mistakes I have made.

There are others who don’t fit the mold of what is perceived to be typical for pro-lifers. We need people like them in our movement to show that even though we’re not the same, we can still unite in fighting for the rights of the unborn. I have always felt accepted by the pro-life movement, but perhaps not all have. In order to be diverse and to show our opponents that we are, we also need to be welcoming.

My Live Action News bio is updated pretty regularly by myself, but it always includes a link to my Facebook. This is because I want to connect with my readers, even and especially my critics. I invite and also encourage anyone and everyone with questions or comments to add me as a friend, or to personally message me. I want to help people and I want people to know that although I am far from perfect, I am proudly pro-life.