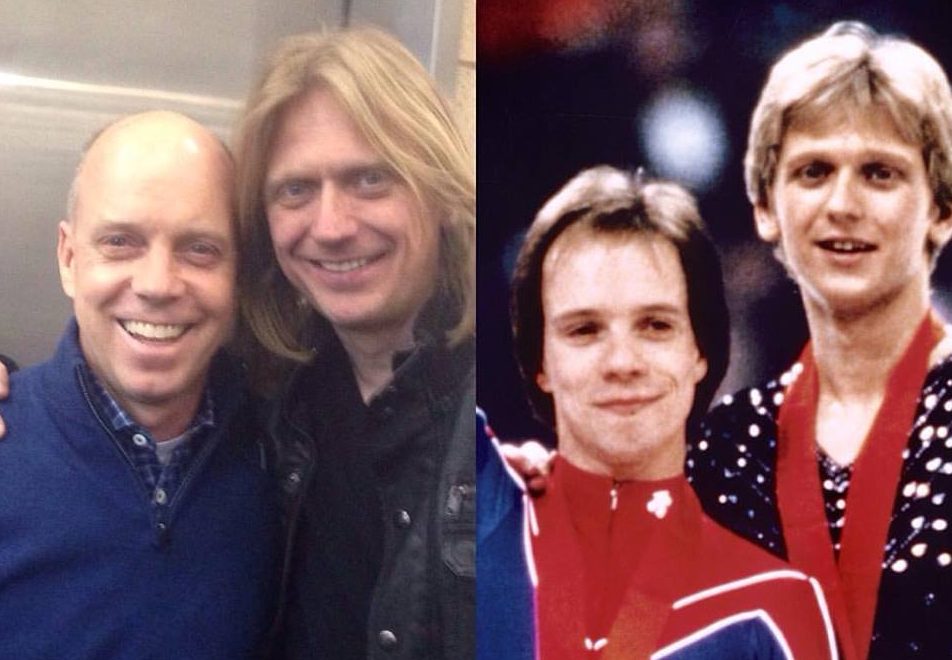 In 1997, former world champion figure skater Scott Hamilton faced the news no one wants to hear: he was diagnosed with cancer. He survived, but little did he know cancer would be the first in a series of serious health battles he would be forced to face.

In 2004, Hamilton survived a pituitary brain tumor. “Ironically, I was born with that brain tumor, but for those years that I skated, I was not symptomatic at all,” explains Hamilton in a recent interview with People. Six years later in 2010, the tumor returned, and Hamilton required surgery.

Now, another six years later in 2016, Hamilton has announced that he is battling a brain tumor for the third time. “It decided that it wanted an encore,” he jokes. “I have a unique hobby of collecting life-threatening illness.”

Hamilton, who is the father of four children including two adopted children from Haiti, believes in remaining calm and facing adversity head on. “Here we go again,” he says with a confident smile. “We choose — I choose — to truly, in everything that we do, we celebrate life.”

Hamilton was adopted as a child. After adopting two children of his own in 2014, Hamilton told Today, “We fell in love with these kids two years ago and it took us that long to bring them home. They’re beautiful, beautiful children and our hearts are twice the size they were before. We’re blessed beyond our wildest dreams.”

For years, Hamilton has been an active philanthropist, helping others in their battles against cancer in various ways, including through his Scott Hamilton CARES Foundation.