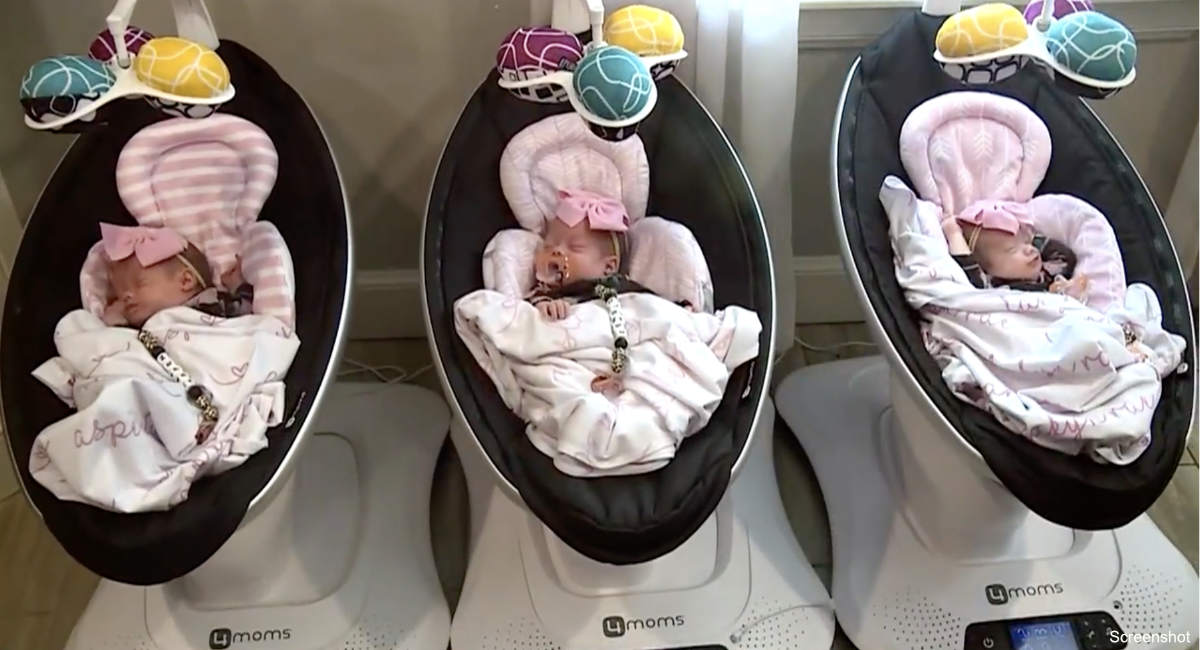 High school sweethearts TJ and Stephanie Norman of Blanchard, Oklahoma, didn’t quite expect their family of three to grow to a family of six so suddenly. After the birth of their two-year-old son Wyatt, the couple eventually wanted another baby, a girl. “We were ready to start trying for one more and we were hoping it would be a girl,” Norman said, according to KSWO. “And then we were surprised we got three girls.”

While the couple had even joked about having multiples, they never expected to conceive triplets.

“Yeah, what are we going to do if we hear more than one heartbeat — and then there were three of them in there,” TJ said.

Like many multiples, they were born early. On June 2, at 29 weeks, Aspen, Kensli, and Layken were born, immediately heading to the NICU where they could grow and develop a little more until they were ready to come home.

Stephanie recalled how small they were at birth. “They were born at 29 weeks, so they were all over a little over two pounds. So, they were really small,” Stephanie said. She also mentioned that Aspen did so well, she was able to come home before her sisters. While that was a happy occasion for the Normans, it was difficult to leave the other triplets behind.

Another thing that Stephanie and her doctors realized at their birth was that the girls weren’t just triplets — they were identical triplets, and all three shared one placenta in their mothers womb. Identical triplets occur when a sperm fertilizes an egg which then divides into three parts, or into two parts, one of which splits again.

The odds of having triplets naturally are around 1 in 9,000. While the odds of identical triplets are difficult to pin down, they are thought to be around 1 in 60 million to 1 in 200 million, according to Newsweek.

For now, the joyful new parents are having difficulty telling their little girls apart. “We have little anklet bracelets on them right now of different colors with their initials on them,” Stephanie said, according to KOCO. The triplets’ big brother Wyatt loves to greet them first thing. “When they get up in the morning he’ll be like, ‘Hi sissy!’” Norman said.