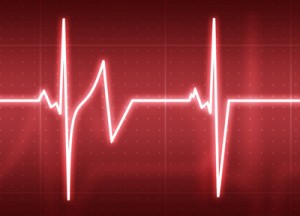 The Ohio state legislature is considering a groundbreaking pro-life law to ban all abortions after the unborn child’s heartbeat can be detected. On Wednesday, a state House Committee heard testimony in favor of HB 125–in the form of live ultrasounds of two unborn children, one 9-weeks, the other 15-weeks.

The women were given ultrasounds during a hearing in Columbus, OH., and the images were projected onto a screen for legislators to look at. A flashing dot was identified as the beating hearts of the fetuses, one at 15 weeks’ gestation, the other at nine.

It’s a bold statement. But it becomes even bolder when you consider that NARAL was in the room, too–and they weren’t happy about such an honest display of the humanity of the unborn:

Pro-choice advocates were outraged, calling it a “stunt” and a “circus” that trivialized women’s rights.

Pro-choice activists assailed the process, saying the women were used as props.

“No one’s telling either woman to have an abortion, but the government shouldn’t be telling women that they can’t,” Kellie Copeland of NARAL Pro-Choice Ohio said in an interview from Columbus.

I find that quote from Copeland extremely revealing, of both the callousness and the weakness of the pro-abortion position. Copeland is essentially saying, faced with the cute, vibrant, unmistakably human sight of a miniature baby with a miniature heartbeat, “Those ones don’t have to be killed. But if someone wanted to, they should be able to.” At the end of the day, testimony like live ultrasounds in support of legislation like HB 125 forces the other side to defend killing.

That kind of heartlessness can’t win over the public. But if you think NARAL’s response is bad, take a look at how abortion-friendly media try to spin the whole situation. Cenk Uygur, MSNBC contributor and host of The Young Turks, openly mocked preborn victims of abortion:

At that point, we don’t even know whether he or she is a he or she. You know what else hasn’t formed at that point? Their mouth.

We reached out to the fetus to see if he or she wanted to come on to the show, but it did not say anything, because it does not have a mouth.

Funny that Uygur (who has a history of defending human rights abuses) should be so apoplectic at a hearing highlighting the medical facts about unborn children as to stoop to hurling scientifically false slurs about them. It’s nothing new for those who defend killing weaker, disadvantaged people to resort to sickening caricatures and outright sophistry to justify their dehumanization.

But those slurs and caricatures just seem cynical and hollow when they have to face up the facts and visual evidence directly. That’s part of the brilliance of the Ohio bill–it forces the other side to show their true colors, and those colors don’t fly well on the mast of life, liberty, and the pursuit of happiness.