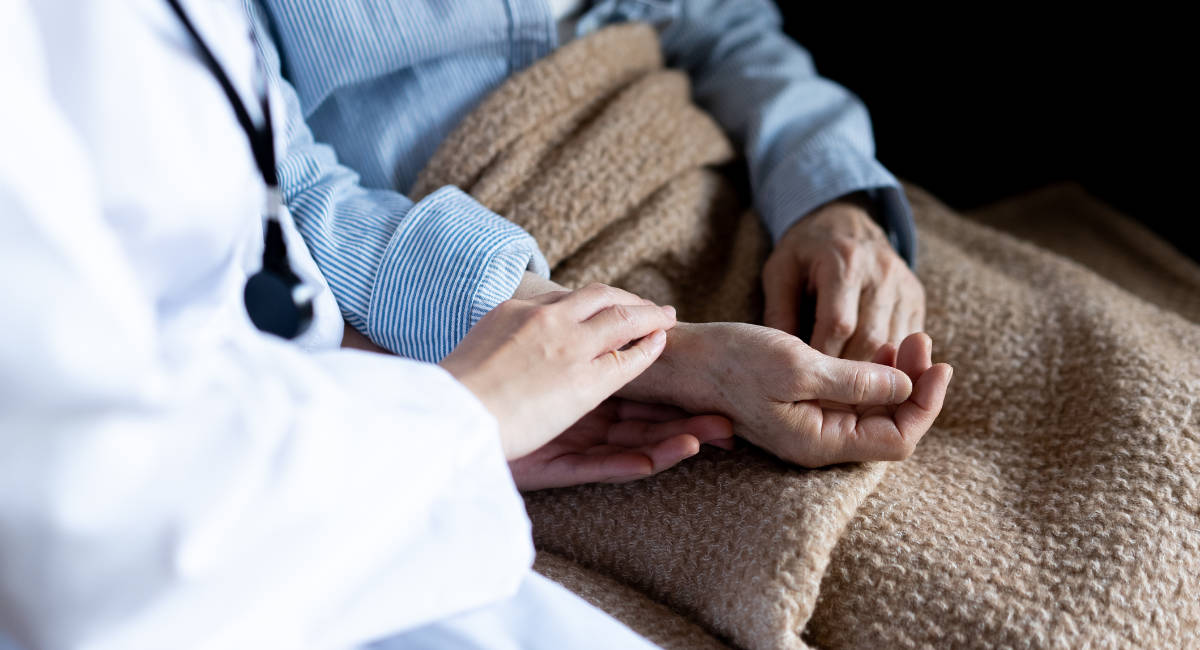 Across the country, states have been legalizing assisted suicide in disturbingly increasing numbers. Yet in Ohio, the emphasis on death with dignity is not through directing people towards suicide, but by offering them better hospice and palliative care.

Christina Massey, director of palliative care and hospice at Riverside Methodist Hospital, and Kim Graffis, administrative manager, spoke to NBC4 about how the hospital helps their patients who are dying, which involves caring for approximately 500 people across 21 counties.

Massey began by explaining that their process involves getting to know their patients well, so they can ensure the patients’ wishes are met. “[T]o us, dying with dignity is being able to die in a way that somebody wants to die, and that is different for every different person that we get to meet,” she said. “And to be able to help through our interdisciplinary team, which is social workers and nurses, and spiritual care team members, home help aides, our volunteer team, providers, art, massage therapists, and then being able to help them die in the way they want to die.”

Additionally, their bereavement team works with both the patients and their families before death and afterward. And the program relies heavily on defining what dignity means to each individual patient.

“If patients are used to being very independent and doing everything on their own, and then they have to rely on caregivers, that a lot of times is a discussion because they truly do not want to be a burden to somebody,” Graffis said. “The sooner hospice can be involved to help with those discussions (the better) — we have an entire interdisciplinary team. We have social workers and chaplains that can really focus on those different sorts of pain.”

Most people who seek out assisted suicide, as data from Oregon shows, don’t do so because they fear a painful, prolonged death; the most common issue cited is a lack of autonomy. Other studies from respected medical journals have likewise found that people seek assisted suicide because they are hopeless, are afraid of being a burden, and are depressed, have little to no support — not because they are afraid of a painful death. When these issues are addressed — as Ohio’s hospice program does — the request to die is frequently withdrawn.

The program’s social workers and chaplains also are specially trained to deal with depression and concerns about being a burden on their family, which often plays a key role in pushing people towards seeking out assisted suicide. “Really trying to shape that dignity aspect for them, and reassure them that we are here to give you a quality of life, but we’re also going to support your family, just as much as we can support you,” Graffis continued. “So if they need help in assisting with your care, we are going to be here to figure out a plan for that.”

Ultimately, the program lets patients take the lead, and involves much more than mere pain management. “It’s the first time in your life that you actually have the ability to be in the driver’s seat, and everyone else that’s providing the healthcare to you is in the backseat,” Graffis said.

“If we ever hear people express regrets when it comes to hospice and hospice care, it’s that they didn’t allow hospice to come in sooner,” Massey added. “There’s a lot of fear around hospice, and the conversation of dying, but people often will say once they get into hospice, ‘Oh, I wish I’d done this sooner.'”