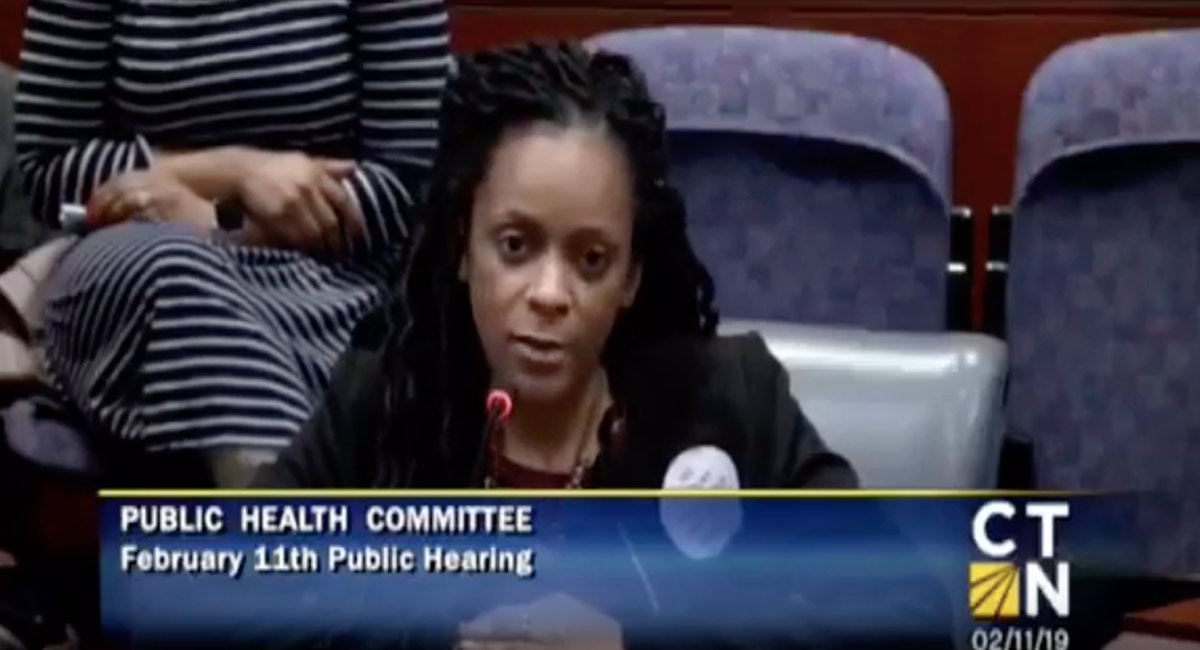 In close to 30 years, not a single client of a Connecticut pregnancy center has submitted a complaint against them to the Better Business Bureau, Consumer Affairs, the police, social service organizations or the pregnancy centers themselves. The only “complaints” against pregnancy centers come from a pro-abortion rights group — NARAL Pro-Choice Connecticut — and the volunteers they sent into centers to create a biased report. Yet, on February 11th, as the Communications Director for the Family Institute of Connecticut, I joined Connecticut pregnancy center leaders and their supporters at the Legislative Office Building in Hartford to defend the work of pregnancy centers against H.B. 7070- An Act Concerning Deceptive Practices at Limited Services Pregnancy Centers. The bill is almost identical to H.B. 5416, a bill that died in committee last year, reportedly because CT already has sufficient trade laws (CT Unfair Trade Practices Act) and doesn’t need a new one solely focused on pregnancy centers.

With decades worth of helpful service in their communities and no proof to support claims of “deceptive advertising,” one may wonder why pregnancy centers are fighting bills like this one. Sadly, it’s because of harassment from pro-abortion activists and aggressive pro-choice elected officials who discriminate against them and mischaracterize the work they do.

Those deciding on whether to regulate pregnancy centers in the state are actually connected to NARAL Pro-Choice Connecticut. Pointing out those connections earned me public chastisement from committee members.

After waiting in the Legislative Office Building from 9am to 11pm, we finally were called to testify against H.B. 7070. I planned to talk about the bill being part of a coordinated attack on pregnancy centers from NARAL Pro-Choice CT and their endorsed politicians. Earlier that day, elected officials including Connecticut’s attorney general William Tong claimed they weren’t trying to attack pregnancy centers but merely seeking to find the so-called “bad actors.”

When questioned as to which centers were the “bad actors,” the pro-choice elected officials struggled to name any. This is because they’re only armed with talking points from NARAL Pro-Choice CT and lack knowledge concerning the actual work of pregnancy centers. This bill is just one more step in a series of attacks (fake Google reviews, protests outside pregnancy centers, “spies” sent in as clients) to discredit the work of pro-life centers.

During my testimony, I mentioned the lack of evidence against the pregnancy centers and the need for pregnant women to have more support. I told the story of my own mother walking out of her abortion appointment and the lack of options given to her. I talked about the recent vandalization of a Virginia pregnancy center and how false accusations against these centers put their staff in danger. And I mentioned that State Senator Lesser, Vice Chair of the Public Health Committee, may have a conflict of interest regarding the pregnancy centers because he won the highest award from NARAL Pro-Choice CT and his wife serves on their Board. I added that in one meeting, Senator Lesser downplayed his involvement with NARAL Pro-Choice CT, as if they were simply one of many groups to which he was connected. Later, I realized that wasn’t the case.

As a Vice Chair, he’ll help decide if the bill goes forward… along with the Chair of the Public Health Committee, Senator Mary Abrams, who is also endorsed by NARAL Pro-Choice CT. These conflicts of interest should not be overlooked.

Senator Lesser and other members of the Committee accused me of crossing a line by noting his wife’s connections to NARAL. Following my remarks, the whole room was warned against going this route, and Co-Chair of the Committee, Rep. Steinberg, implored me to follow the golden rule to do unto others as I would have them do unto me — to which I replied, “I hope the golden rule applies to the pregnancy centers as well.”

Connecticut pregnancy center leaders didn’t get a fair hearing because they are pro-life in a pro-abortion state that considers common sense parental-notification laws for minors seeking abortion to be extreme. The things we witnessed from elected officials were maddening and insulting, especially the suggestion that women seeking pregnancy services couldn’t find an abortion facility unless pregnancy center staff directed them. As my boss, Peter Wolfgang, said to the pregnancy center leaders: “If there were any justice in this process, the bill would be dead.”

Will justice be found in Connecticut for those who stand in support of unborn children, women and their families? Time will tell as the bill either dies in committee or Connecticut becomes the first state in the nation to “regulate” pregnancy centers. Regardless of what happens, the blood is off our hands.