Dr. Julius Butler, then professor of obstetrics and gynecology at the University of Minnesota Medical School, said the following about abortionists:

Remember, there is a human being at the other end of the table taking that kid apart. We’ve had guys drinking too much, taking drugs, even a suicide or two.

Note that he refers to a baby being aborted as “that kid” and not “that tissue” or “that collection of cells.”

The sight of baby body parts being pulled out of a woman can haunt  abortionists.

Whether the abortionist believes he is helping women or is determined to make money doing abortions, he can be troubled  by the work.

Some abortionists do develop a completely remorseless character. Watching a video of Dr. LeRoy Carhart joking about taking a baby apart with a drill bit shows how callous some can be towards life.

Others, however, do a few abortions and then quit, and some of these convert to the pro-life cause. 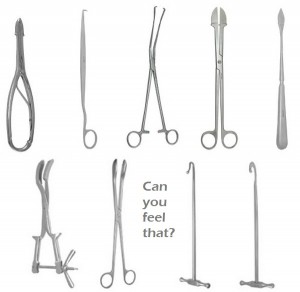 Butler does not give details about the abortionists he spoke of, nor does he say whether the ones who committed suicide were former abortionists who had repented or doctors who were still doing abortions. Yet despite his lack of details, the quote shows that there are some – probably many – abortionists who are not immune to the horror of what they do.

Abortion clinics all over the country are full of doctors who have no sympathy toward unborn babies and are willing to tear them apart for money, or perhaps out of a misguided belief that they are  helping women. Hardened to the suffering of the child being aborted, some of these doctors have performed tens of thousands of abortions. But there are those who repent, and those who struggle with their consciences.

And among those who quit, the guilt and remorse can be overpowering. This is why outreaches to abortionists and clinic workers are so important. Abby Johnson’s And Then There Were None, with its goal of converting abortion workers and its healing retreats for them, is a good ministry to support.

We can only hope that the grisly nature of abortion will lead more abortionists to convert. The pro-life movement should welcome them and help them heal.