Lies in advertising from the president of the United States

If you watched last night’s presidential town hall debate, you probably noticed that President Obama brought up Planned Parenthood time and time again, without a single question being asked on the topics of abortion, contraceptives, or Planned Parenthood. Some have wondered if the president was openly advertising for the abortion giant. I don’t recall a single other non-profit being discussed as an essential part of the national budget last night. And there are plenty of good non-profits in our nation that serve our citizens in essential ways. Why Planned Parenthood? Why the free advertising? 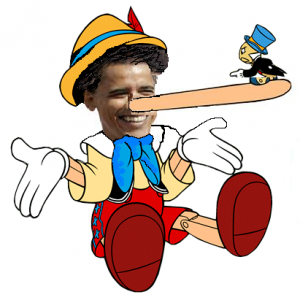 Rebecca Downs has already detailed President Obama’s lie that Planned Parenthood provides mammograms. (The caricature to the right continues to be ever more applicable.) A review of paperwork from a federal office has revealed that not a single Planned Parenthood clinic owns or can operate a mammogram machine. Oops.

Not a single time did he refer to county health departments – some of which actually do provide free mammograms to needy women, and many of which provide free or low-cost contraceptives. Typically, a president’s job is to manage government, not to speak out on behalf of a non-profit that provides the same services (minus abortion) that government offices provide. Could it be that abortion is really what President Obama is all about?

What other major service (note that abortion should never be considered a “service”) does Planned Parenthood offer that no government office or other local non-profit provides? Even Obama’s secretary of health and human services, Kathleen Sebelius, stated “that contraceptive services are available at sites such as community health centers, public clinics, and hospitals with income-based support.” But Obama would rather proclaim the supposed necessity of using our tax dollars to fund Planned Parenthood again and again and again.

Today, I went through the transcript of last night’s debate to determine how many times the president used other common debate words in contrast to the five times he said “Planned Parenthood.” For instance, despite there being a question on AK-47s, the president used the words “gun,” “guns,” and “AK-47s” only three times total. Despite a question being asked about the security in Libya at the time of the September 11, 2012 terrorist attack on our embassy, the president used the word “Libya” only twice and the word “terror” once. He referred to his own colleagues and party (“Democrat/s”) less often than he talked about Planned Parenthood – only twice.

Immigration was another hot topic in the debate, yet the president used the words “immigration” and “immigrants” not even twice as often as he said “Planned Parenthood” – nine times. “College,” the “world,” “China,” and even the “middle class” didn’t even triple Planned Parenthood in usage – they were used thirteen, fourteen, ten, and eleven times, respectively. Barely beating out Planned Parenthood were “reform” and “school/s,” each spoken seven times; “security” (referring to national defense issues), used six times; and “true/truth,” spoken seven times.

Perhaps tellingly, “kid/s” were mentioned only one more time than Planned Parenthood. The U.S. military beat Planned Parenthood in words only when “military,” “soldiers,” and “veterans” were combined for a total of six.

President Obama referred to our nation as “America” only twice and used the words “United States” only six times, demonstrating that he referred to our country by name only slightly more than he referred to Planned Parenthood. With all the lost jobs and our failing economy, “manufacturing” managed to find itself solidly on par with Planned Parenthood, as the president used the word five times. Despite Governor Romney using the words “unemployed” and “unemployment” a grand total of twelve times, President Obama didn’t use them even once. Again, he preferred to mention the abortion giant.

He also preferred to repeat “Planned Parenthood” than to use any of the following words or names that one might expect to hear in a presidential debate on foreign and domestic policy: morality, equal, equality, inequalities, regulation/s, legislation, and the United Nations.

Could it be any more clear that President Obama used last night’s debate as an opportunity to advertise for Planned Parenthood, even at the expense of lying to the American taxpayers?