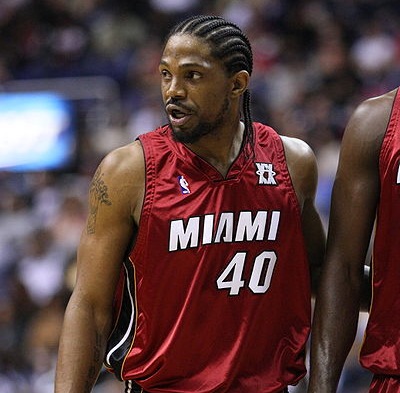 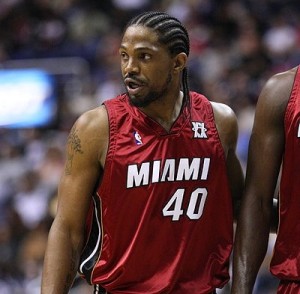 The New York Times on August 30 published a three-page article gushing over newlywed couple Udonis Haslem and Faith Rein. NBA star Haslem is a forward for the Miami Heat. He married his college sweetheart, Faith Rein, on August 24 this year. The couple was engaged for one year but has been together for fourteen, prompting the article’s title, “Taking Their Very Sweet Time.”

The article first chronicles the backgrounds of Haslem and Rein, who grew up in polar opposite environments: Haslem was raised in a rough Miami neighborhood surrounded by drugs and broken familial relationship, and Rein was raised in a stable family in suburban Virginia. Their attraction was initially prompted by how different the couple was. Nevertheless, they both shared a love for sports. At their shared alma mater, the University of Florida, Haslem was a basketball player, and Rein ran track.

During her junior year at UF, while dating Haslem, Rein got pregnant. Busy with school and her athletic pursuits, a baby was not on Rein’s radar, and certainly not on Haslem’s. Haslem had fathered a child in high school, who is now 14 years old. Despite having successfully faced the challenge of an unplanned child in the past, and loving him deeply (as evidenced by the characterization of their relationship by the NYT), Haslem was gung-ho about snuffing out his second unplanned child. Here’s how the New York Times recalls the death of the first Haslem-Rein child:

Oh, don’t fail to notice: one of the reasons the couple felt it necessary to abort their child is because Rein was busy helping Haslem with his homework. No wonder Udonis was “appreciative” of Faith’s willingness to abort their first child together. Does anyone else smell bro-choice in that sentiment? Once again, abortion boosts men’s liberation, and one is hard-pressed to see how it helps women.

In keeping with established New York Times norms, the article brushes on as if the abortion were not just a non-issue, but actually as if the success of their future relationship and eventual marriage may be – at least in part – attributed to the freely chosen death of their first child.

Rabidly pro-abortion organization NARAL Pro-Choice America didn’t let this one go under their radar; they posted the article on their Facebook page today, with this caption:

Abortion is nothing to be ashamed of, but it’s not a decision many people are willing to talk about openly. That’s why we are so grateful to Udonis Haslem of the Miami Heat and his new wife Faith Rein for being up front about their decision. We thank them for their honesty and wish them a lifetime of happiness in their new marriage.

Is gratitude a normal human response to the killing of an innocent human being?