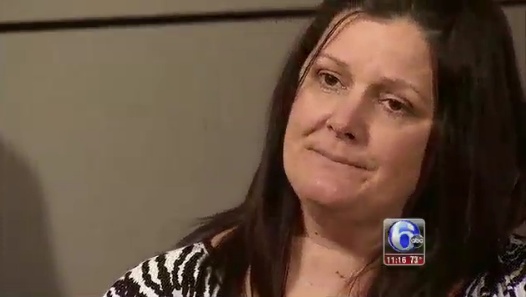 Two nurses are blowing the whistle on their former employer, Planned Parenthood of Delaware. Joyce Vasikonis and Jayne Mitchell-Werbrich, both of whom describe themselves as being supportive of a “right” to abortion, offered scathing testimony against Planned Parenthood at a State Senate committee hearing on Wednesday. The nurses described “meat-market assembly-line” conditions that pose a substantial threat to life for patients and for Planned Parenthood employees. Perhaps most disturbing, but certainly not a surprise to anyone familiar with Live Action’s investigations, is the revelation that their complaints to Planned Parenthood administrators, state regulators, and the office of Delaware Governor Jack Markell were continually brushed aside.

It seems an impossible task to adequately summarize the full testimony of Vasikonis and Mitchell-Werbrich. It includes a long litany of horrific details about the treatment women received from Planned Parenthood of Delaware while they were on staff. Also clear is that the nurses were given what Mitchell-Werbrich termed a “run around” from various agencies of the State of Delaware when they tried to report these dangers with the intention of saving lives.

Mitchell-Werbrich may have summarized the situation best in her concluding remarks:

I did my job but the State of Delaware has not done their job. I have spent almost a year begging for someone…..anyone to help me to help the patients at Planned Parenthood. I do not know where else to go for help. I am sharing my testimony in the hopes that someone will hear and warn the public not to go to Planned Parenthood for any service.

I have seen with my own eyes in 27 days what really goes on behind the closed doors of Planned Parenthood. I would not want my own daughter or anyone else’s daughter to seek any services from Planned Parenthood. People’s lives matter to me. I am a nurse and I really do care for my patients well being. Please help.

Not only are patients of Planned Parenthood at severe risk, according to the nurses’ testimony, but the health and lives of staff are in danger as well. Planned Parenthood reportedly places more value on saving money than on providing adequate protection and training for staff. Here is an example offered in Joyce Vasikonis’ testimony:

New staff was being thrown into the clinical setting with no orientation. I was no longer the manager so could not initiate any corrective actions. The new staff knew nothing about sterile technique. For the last three weeks I worked at Planned Parenthood of Delaware, I alone scrubbed and sterilized instruments because no one else knew how. The Dover office did not have impervious gowns which are required when in contact with potentially contaminated fluids. I repeatedly made Marcy Williams aware but she said the isolation gowns were cheaper. I put myself at risk for contracting any number of diseases. Nothing had changed as of my last day working.

On its website, Planned Parenthood of Delaware announces a new CEO, who assures readers that these claims are lies.

For those of you who may have heard speculation and falsehoods about our services in recent months, I want to provide clear information. Patients are our top priority, and we insist on the highest professional standards of care. Like all high quality health care providers, if we become aware of any deviation from these standards we take swift corrective action.

What makes this statement wildly unbelievable is that the two nurses who have testified have no political motivation whatsoever to end or even to limit abortion. Further, a core part of their testimony is in regard to the dangers of believing that Planned Parenthood can be trusted to regulate itself. Both are asking the Delaware State Legislature to understand the importance of requiring that “impartial,” “independent” investigators police Planned Parenthood. Planned Parenthood has proven to these “pro-choice” nurses, both of whom continue to be willing to assist in abortion, that the organization is concerned more with money than with women’s health.

Live Action has absorbed many arrows for using investigative journalism to expose both the brutality against children and the life-threatening dangers to women and girls behind the closed doors of Planned Parenthood clinics nationwide. We expect a certain amount of disbelief from the public because so many see abortion as a political issue. When people sense a political agenda, they often raise flags of caution.

While there is a time and a place for politics, some things, like life and dignity, must always transcend politics. So it is with the desire of these two former Planned Parenthood nurses in Delaware. Though they do not recognize the right to life of the child in the womb, they obviously place great value on the lives of women who visit Planned Parenthood.

When it is clear to any thinking person that no political ideology is driving criticism of Planned Parenthood for being a dollar-focused enterprise, it is time to listen, no matter your political persuasion. When the evidence shows that no one can reasonably argue that Planned Parenthood is concerned about the health and well-being of women, then it is time for “pro-choice” people to wake up and greet the light of truth.