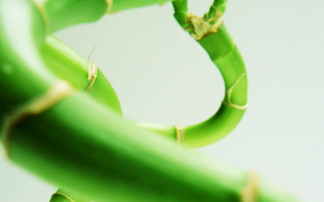 All life is sacred! Well…almost all life.

They are, however, advocating for “non-human” rights, such as robots, animals, and…plants.

If proposals calling for rights for animals are on the table, why not rights for other living things? Plants, for instance.

After all, plants can sometimes exhibit humanlike behavior. And we’re not just talking about the butterwort-flytrap hybrid in The Little Shop of Horrors. Some plants respond well to music. Some “smell” other plants. Still others seem to shrink away when touched.

Plants display remedial types of memory and possess “anoetic consciousness” — the ability of an organism to sense and to react to stimulation — writes Daniel Chamovitz in his 2012 book, What a Plant Knows: A Field Guide to the Senses.

… She says, “I think we might realize that plants are more sensitive than we think.”

Sensitive enough to deserve rights? Some people think so.

I’m curious: how many of these people, who fight for plant rights and animal rights and even robot rights, will fight for the unborn to have the right to live? NPR doesn’t give pro-lifers a platform, yet they give voices to those who think that robots will become sentient beings one day and deserve protection, or that plants are sensitive and need plant rights.

What does it say about our culture, our society, when people will advocate for the rights of robots but allow unborn children to be killed, merely because they’re inconvenient or have a disability? People like Terri Schiavo can be killed because she’s proclaimed a “vegetable,” yet others advocate for actual vegetables as life forms? It’s a ludicrous thought to me – that plants deserve rights as life forms – but if they deserve protection, then how can unborn children not deserve protection also?

If all forms of life are sacred, including plants and animals, then how can we allow the killing of the unborn to continue?