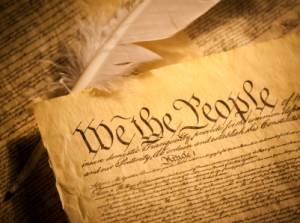 It never ceases to amaze what passes for “qualified” among pro-aborts. A couple weeks ago, we marveled at how an alleged “senior legal analyst” could, with a straight face, defend an Ohio law which even the American Civil Liberties Union recognized was an unconstitutional infringement upon a pro-life organization’s free speech rights. And today, RH Reality Check’s Jessica Pieklo has more mangling of the Constitution for us to facepalm at.

Noting that Idaho, North Dakota, and Alabama have found themselves saddled with legal fees for defending democratically-enacted pro-life laws from judicial disenfranchisement attempts (not that she puts it quite that way), Pieklo asks, “at what point is it unethical for states to defend blatantly unconstitutional abortion restrictions?”

According to the AP report, the attorney general’s office warned lawmakers that a pre-viability ban was unconstitutional, but lawmakers passed it anyway. Now, it’s the job of the attorney general to defend state law, but attorneys also have a corresponding ethical obligation to not advance frivolous claims or defenses. Rule 3.1 of the Idaho Rules of Professional Responsibility dictates that “[A] lawyer shall not bring or defend a proceeding, or assert or controvert an issue therein, unless there is a basis in law and fact for doing so that is not frivolous, which includes a good faith argument for an extension, medication, or reversal of existing law.” The rule is designed to give attorneys enough room to creatively advocate on behalf of their clients while preserving the basic compromise that is supposed to form the foundation of all litigation: attorneys can advocate zealously, but they must do so in good faith.

In McCormack’s case, state attorneys argue they didn’t violate any ethical obligation, because instead of arguing over the merits of the so-called fetal pain law their defense strategy was to challenge McCormack and her attorney on standing, the procedural requirement that allows an individual to bring a claim. But that’s a smoke-and-mirrors argument that maybe meets the low bar for ethical clearance set by Rule 3.1 but arguably violates its spirit. McCormack challenged Idaho’s pre-viability ban and has been successful, for now, in getting the law blocked. And while that challenge was at times wrapped up with McCormack’s other, more visible challenge to the constitutionality of the state’s illegal abortion statute, the court did eventually rule on the constitutionality of the state’s pre-viability ban. That means the substance and merits of the law was before the court, and the attorney’s general office can’t claim their strategy of initially avoiding the merits of the law in favor of a stronger, procedural argument did not function as a defense of that law.

Well, that’s all very interesting, but beside the point. Pieklo’s whole detour into frivolous claim rules and procedural vs. merit arguments relies on her entirely unsupported presupposition that the disputed laws are unconstitutional. If the Constitution actually guaranteed a right to kill unborn babies, she might have a point. But because that assumed “right” is so spectacularly baseless that numerous pro-aborts with far better legal credentials than hers admit it, the vast majority of her post is a big, fat non-sequitur.

So to answer the question, the point at which it’s unethical for states to defend blatantly unconstitutional laws is when those laws actually are unconstitutional. And if they’re not, a bunch of agenda-driven judges, lawyers, and pundits claiming otherwise means nothing. They, not the states, are the ones whose ethics need questioning.

The only mode of constitutional interpretation that would give Roe v. Wade even the appearance of legal substance is “Living Constitution” theory—which is itself a sham founded on the overt goal of overcoming the Constitution’s barriers to Progressive objectives, and clearly contradicts the very purpose of having a written constitution in the first place.

It’s not news that a pro-abortion zealot would falsely claim the Constitution protects abortion in any way, shape, or form. It is notable, however, that despite her status as “senior legal analyst,” Pieklo doesn’t even feel obliged to attempt an argument for Roe’s merit or mention that the linchpin of her complaint isn’t exactly the unquestionable truth she needs it to be. (Admittedly, it’s hard to cite clauses of the Constitution that don’t exist.)

Make no mistake: none of Jessica Pieklo’s legal training imbued her with some powers of discernment we laymen lack (heck, I’d love to hear her explain how she sees something that a liberal Supreme Court Justice, a former clerk to Justice Harry Blackmun, John F. Kennedy’s Solicitor General, and other liberal legal elites don’t). She is outright pretending a fabrication is true and browbeating whoever won’t indulge her farce.

And there are few more damning indictments of the abortion movement’s intellectual bankruptcy than that the rank-and-file never seem bothered whenever any of their commentators do this. All they’re looking for is narrative reinforcement; they couldn’t care less about learning, knowing, or understanding the subjects that so deeply move them.