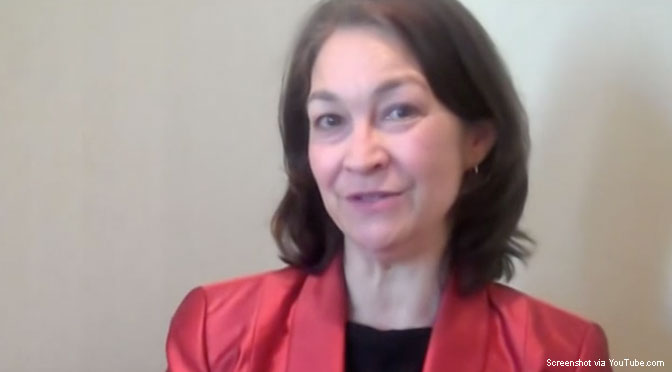 In a recent interview with KIRO Radio’s Jason Rantz, Terry O’Neill, President of the National Organization for Women (NOW), made clear the state of pro-abortion rejection of modern science.

O’Neill was asked whether she would still promote abortion, even if science conclusively proved that life begins at conception….which it, umm… has.

“I don’t care. Of course, I would support abortion,” replied O’Neill.

Rantz, apparently taken aback by O’Neill’s admission of indifference toward science, provided the opportunity for O’Neill to clarify. “Clear something up for me, because if I hear your answer correctly, it seems very extreme,” he said. “…[W]e have shown through science that life begins the moment that a fetus is created. This is not the potential for life — that is life. You are saying that you do support abortion. Isn’t that the textbook definition of murder in that case?”

But instead of answering the question, O’Neill attempted to debate religion. “Take religion out of it and we are not even having this conversation,” she said, in an obvious attempt to avoid a scientific discussion. O’Neill went on to state that she has no idea when life begins – an interesting claim for an individual living in 21st century America.

Continuing to harp on religion, O’Neill proceeded to imply sexist motivations behind objections to abortion…

I do know that a vasectomy, a reproductive health issue for men, is a sin. Just as much as abortion and birth control are. But you don’t see Catholic bishops going up and down the halls of congress trying to criminalize, stigmatize, regulate and put restrictions on vasectomies the way they demand that sort of thing for women. So they are discriminating against women and our access to reproductive healthcare.

Like much of what O’Neill said in this interview, the vasectomy-sexism argument is, frankly, laughable. First, we’re clearly going off on a rabbit trail at this point. Countless pro-lifers are not religious, and countless pro-choicers are very religious. But even for those who may fit O’Neill’s stereotype of pro-lifers as ultra-conservative Catholics, the important difference between an abortion and a vasectomy is not the gender of the individual seeking the procedure. This really should go without saying, but for those who may be gravely ignorant on the topic and/or happen to be named Terry O’Neill, here is the difference: In a vasectomy, the potential to create a new human life is blocked (which some Catholics personally oppose, but few politically oppose) whereas abortion kills a new human life which has already been created, thus leading many Catholics, Protestants, and Atheists alike to oppose abortion – because murder is universally considered wrong. Interestingly, that transports us off the religion rabbit trail, right back to the main topic… what was it again? Oh yeah, science.

So, scientifically, when does life begin? O’Neill believes, and would have you believe, that the answer has not yet been found. Of course, modern science would disagree with her. But instead of facing the music, pro-choicers would apparently rather argue about religion, vasectomies, or maybe even why Coke is superior to Pepsi. (Okay, they’d be right on that last one.) But seriously – Terry O’Neill, can we please discuss science and science alone with regard to abortion? Maybe mix in a little logic, if you’re willing? Let’s leave those religious stereotypes at home.