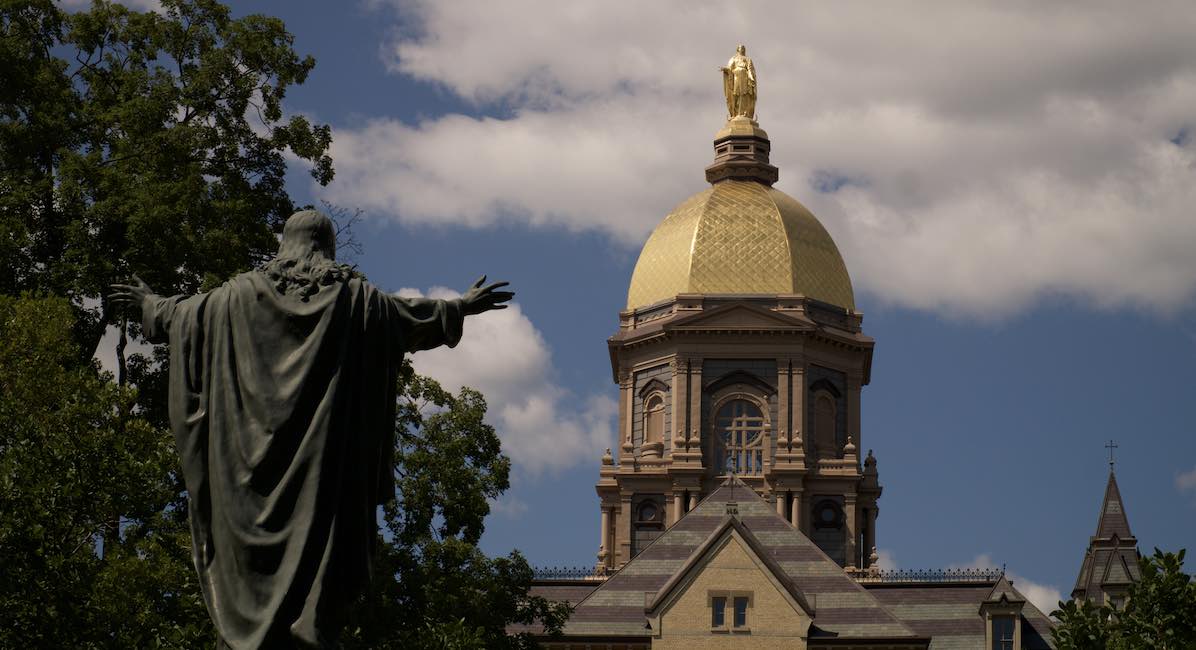 Lacy Dodd Miske, a graduate of Notre Dame, is pushing for the University to establish housing for students who are single mothers, after the discovery of Dr. Ulrich Klopfer’s stockpile of fetal remains at his home in Illinois, which were at some point transported from his Indiana practice not far from the Notre Dame campus.

Miske attended Notre Dame with her twin sister, Amanda Dodd. The twins were in ROTC when Miske discovered that she was pregnant. Miske told CBS in an interview that says she received little support from a local clinic, which confirmed her positive pregnancy test. “I just remember feeling very unsupported, and I pretty much ran out of there and I was alone,” she said. Miske gave birth to her daughter in November 1999 after graduating from Notre Dame and returning home to Florida, telling Live Action News in an email that the Army delayed the start of her active duty and had not yet determined her military assignment.

Ten years later, in 2009, Miske felt compelled to write to the president of Notre Dame, suggesting that he set up designated housing for students experiencing unplanned pregnancies. The Rev. John Jenkins, who is still the current president, responded, “I have formed a task force that will be making recommendations to me about possible initiatives that the university may take as witness to the sanctity of life.” But another ten years has passed, and no concrete action has been taken to support students who might be contemplating abortions.

Miske is renewing her plea for this ministry due to the recent discovery of abortionist Dr. Ulrich Klopfer’s collection of the remains of aborted children at his home in Crete Township. Klopfer died on September 3 and his family found 70 cardboard boxes containing 2,246 fetal remains. Later, more remains were found the trunk of one of Klopfer’s cars. Klopfer ran three abortion facilities, one of which was in South Bend.

The remains were determined to be from abortions committed between 2000 and 2002, before Klopfer had his license suspended in 2015, which means they are from shortly after Lacy Dodd Miske’s daughter was born.

According to the university’s website, Notre Dame does offer support to students faced with an unplanned pregnancy. However, housing options are limited. There is no designated dorm. Only off-campus housing is available, which may not be financially feasible for single mothers. The only other option is Hannah’s House, which is an organization nearby that provides shelter and support for homeless single mothers.

Miske wants Notre Dame to provide support and an alternative to abortion for their students, so they won’t feel alone like she did. She told Live Action News, “The need for such a maternity residence is based on the local statistics of how many college students in South Bend face unplanned pregnancies each year. Most of the women in college who choose abortion do so because they want to be able to complete their educations or start their careers. A maternity residence would allow women to choose life and complete their degrees.”

Miske told CBS that she is challenging Notre Dame, as a Catholic university which claims to uphold the sanctity of life, “to practice what they preach and walk the walk.”

Editor’s Note, 11/7/19: This post has been updated with corrections and quotes from Miske provided directly to Live Action News.