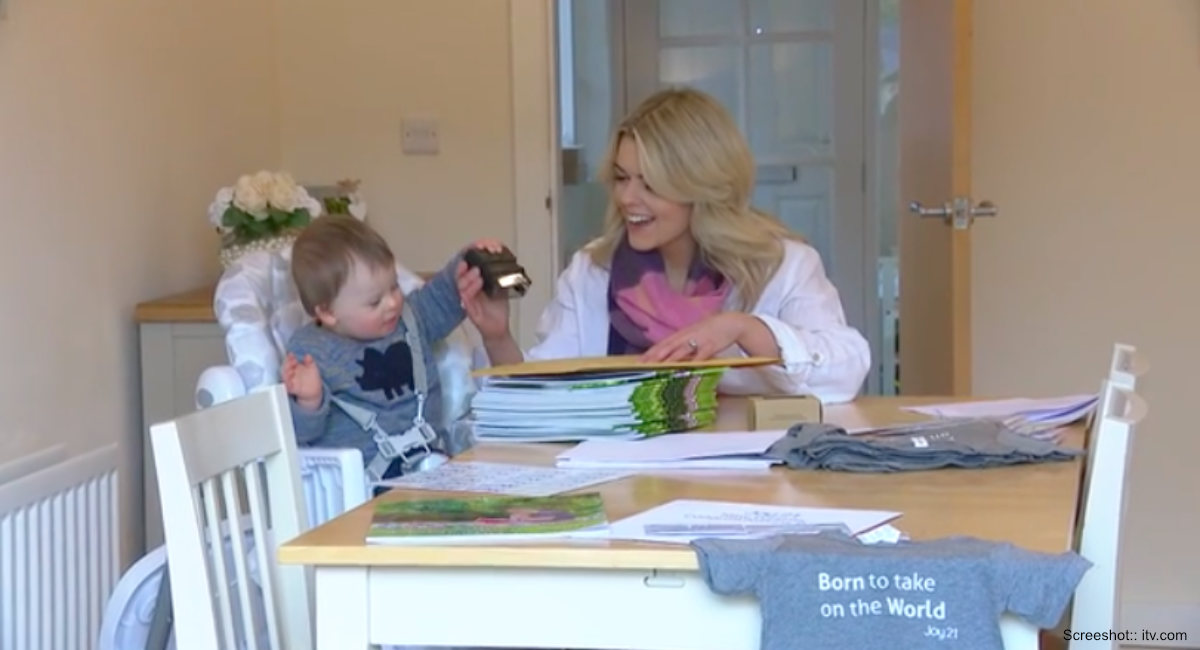 A mother from County Antrim in Northern Ireland is working to spread awareness about the joys of being a parent to a child with Down syndrome. Ciara Smyth gave birth to her son, Jacob, nearly two years ago, and found at the time that resources for parents of children with Down syndrome were scarce. “A lot of the medical professionals were lovely and supportive in their demeanour,” says Smyth, “But there was no specific place you could go to or people you could speak with and you weren’t put in touch with anybody.”

Smyth then discovered the “Congratulations Book” put together by an American organization called Pals. The book contains handwritten notes from people with Down syndrome discussing the hope and happiness they have experienced in their lives. Smyth was moved and inspired by the book. “In those letters, they talk about how amazing their lives are and what they’ve achieved and how happy they are,” Smyth said. Importantly, she notes, “And they tell parents don’t worry about your new baby, they’re going to be amazing.”

Smyth decided to start her own organization to help parents get the resources they need, as well as to inspire hope and joy about their futures raising children with Down syndrome. Her organization, Joy 21, puts together resource packages for parents, and is permitted by Pals to include a Congratulations Book in the packages.

READ: AMAZING: Lejeune Foundation opens first US clinic for patients with Down syndrome

A mother, Sarah McNeill, said of her Joy 21 package and the Congratulations Book, “I think whenever you get surprised with a diagnosis like Down syndrome and you don’t know much about it, all you really want to know is that your family’s going to be happy and that you’re all going to be okay,” she said. “And, do you know what, what I’ve learned this year is that it’s more than okay. But in those early days, that made such a difference to us as a family.

Smyth’s vision is to eventually provide Joy 21 packages for all maternity units in Northern Ireland to help support families who receive a Down syndrome diagnosis.

From 2011 to 2015, births of children with Down syndrome fell overall by 54% — exterminated before birth — but in some countries, the problem was far worse than the average. According to a previous Live Action News article:

In southern Europe (countries including Spain, Italy, Greece, and Monaco), the decrease in births was highest, at 71%. In northern Europe (home to countries such as Denmark, Finland, Norway, and Sweden), it dropped by 51%. Eastern Europe (countries including Russia, Poland, Slovakia, and Hungary), the birth rate decreased 38%. Each individual country was different. For example, Spain had the highest reduction in births at 83%, while the birth rate in Malta — considered one of the most pro-life countries in the world — hadn’t changed at all.

In 2017, it was reported that Iceland was on track to eliminate Down syndrome, a statement that not only implied Down syndrome was a disease in need of eradication, but also completely brushed over the reality that it was not the condition being eliminated, but every human being diagnosed in the womb with the condition.