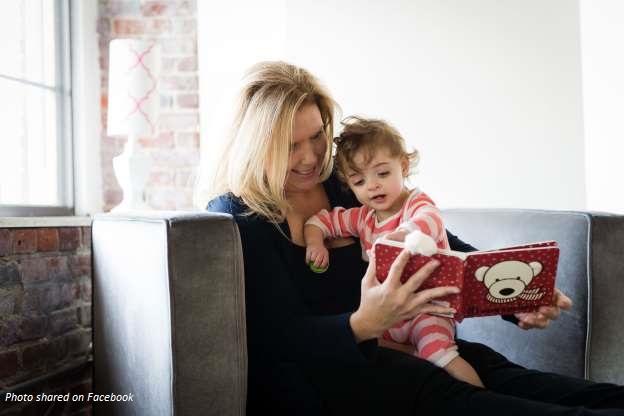 Liz Smith had always wanted to have a family of her own. But infertility got in the way, so the nurse dedicated herself to her job, and her nieces and nephews. All of that changed, however, when she saw a beautiful baby girl one day at her hospital.

According to Smith, it was her mother’s example that led her to want a family so much. “My mom was a pediatric nurse who always put others first,” she told the Washington Post. “So I grew up wanting to be a nurse, too.” After her mother died of liver cancer, Smith dedicated her life to honoring her mom’s life and following her example. She became a nurse as well, eventually rising to the position of director of nursing at Franciscan Children’s Hospital in Massachusetts. But what she wanted the most — a family — eluded her. IVF wasn’t an option, and she didn’t feel called to adopt. “I never imagined becoming a mom would be a challenge,” she admitted. “It’s a desire you can try to push away and fill with other distractions, but it never goes away.”

So she decided to be the best aunt she could be, and thought motherhood wasn’t in the cards for her… until she saw Gisele. “Since the moment I met her, there was something behind her striking blue eyes capturing my attention,” Smith said. “I felt that I needed to love this child and keep her safe.”

READ: Dying child finds a new chance at life and love thanks to adoption

It was a typical day, and Smith was going to the elevator when another nurse wheeled Gisele by. Just eight months old, she had been transferred to Franciscan after being born premature, and addicted to heroin, cocaine, and methadone due to her mother’s drug use during pregnancy. At three months old, the state of Massachusetts took custody of Gisele, and she was transferred after she needed more specialized medical care. The baby had not had a single visitor in five months of being hospitalized. “Gisele. Gisele,” Smith said she told herself the whole way home, saying she knew then. “I’m going to foster this baby. I’m going to be her mother.”

Smith immediately put in a request to foster Gisele, and then spent every day in her hospital room, sitting with her and talking to her. A few weeks later, she was allowed to take Gisele home, although state officials warned her that efforts would be made to reunite the little girl with her biological mother. “I was excited but nervous, realizing that I was committing everything I had to this child who might not be in my life forever,” she said. The parents were given weekly visits, but ultimately, the state ruled that they could not properly care for Gisele, and their parental rights were terminated — and no other family members were willing to take her.

It was a good turn for Smith, but she was still mournful. “The day I got the call that their parental rights were terminated was very sad,” she explained. “My gain was another’s loss. It’s a feeling difficult to describe when you are experiencing this life-changing moment that someone else is as well, in the opposite way. The bottom line is: It’s devastating for another family.” Still, Gisele was flourishing; she began catching up to developmental milestones she had previously been missing, and last year, in October, the adoption was made official.

“Her new favorite song is ‘You Are My Sunshine,’” Smith said. “And every time she sings it, I think to myself, ‘You have no idea.’ ”