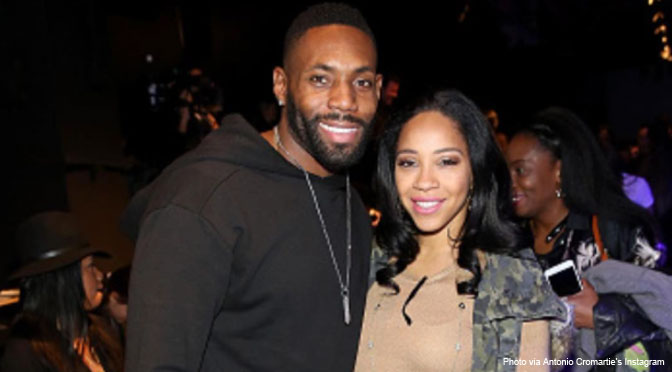 Former New York Jets cornerback Antonio Cromartie and his wife, Terricka, discovered in October that Terricka was pregnant – with twins. The couple was astonished by the news, considering Antonio, who already had ten children, had recently undergone a vasectomy.

Terricka was shocked by the news and hesitated to tell Antonio. “It took me awhile to process it,” she said, but Antonio was “excited the whole time.”

According to The Blaze, “The revelation came after she went to the emergency room with extreme cramps back in October, saying that she was in ‘total disbelief’ when doctors delivered the news.”

On Mother’s Day, Terricka gave birth to a boy, Jynx Revell-Antonio Cromartie, and a girl, J’adore Nayvi Cromartie. “It was the most amazing, yet rewarding gift to give birth on Mother’s Day,” said Terricka. “This is a storybook fairy-tale for Antonio and I.”

Antonio, who led the NFL in interceptions in 2007 and is currently a free agent, has faced criticism for the number of children he has. With the arrival of Jynx and J’adore, he now has twelve children. After apparently reading negative comments on Twitter following the birth of the twins, Antonio brushed off the criticism.

I would respond to the idiots on my page, but I'm not I'm on Cloud 9. I have a beautiful family, my mom graduated college. And I'm at peace

And to everyone out there my kids aren't numbers so please stop referring to them as that. #GodBless At Peace with my Life. I hope you are.

But not all the feedback was negative. Many Twitter users congratulated the NFL star and his wife on the arrival of their new twins, with some suggesting that God must have a plan for the twins who beat the odds.

Thank you to everyone with your support and kind words. God Bless you all.