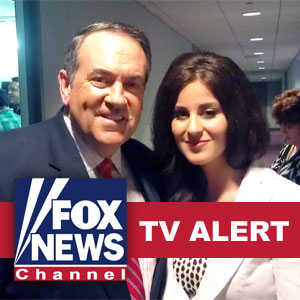 Setting the record straight on Savita Halappanavar and the push for abortion legislation in Ireland.

Live Action President Lila Rose is set to appear on Governor Huckabee’s show on the Fox News Channel next Saturday at 8pm EST.

Lila will be discussing the death of Savita Halappanavar in Ireland and the attempt by abortion advocates around the world to use this woman’s tragic death as a gateway to push for abortion legislation.

Savita Halappanavar was a young woman from India living in Ireland who faced serious complications during her pregnancy, miscarried her child, and later died of septicemia. Abortion campaigners around the world are exploiting this young woman’s death in an attempt to push for abortion legislation in Ireland.

Also appearing on the Huckabee show is a dear friend of mine, Niamh Ui Bhriain, who is the director and spokeswoman of the Irish organization The Life Institute. Lila and Niamh will be given the opportunity to lay out the facts of Savita’s case and discuss the current tumultuous situation in Ireland, as abortion advocates continue to campaign for abortion legislation in the pro-life country.

Our role as Americans in this debate is particularly important because we were dragged through a similarly misleading and deceitful campaign in 1973, which led to the legalization of abortion in America. Since Roe v. Wade, we have been fighting the difficult battle of changing the culture and getting abortion out of a country in which it is now so engrained. Ireland is a pro-life country and is a jewel in the roughage of the culture of death, and we must help them to keep it this way.

Don’t miss the Huckabee show this week, Saturday, December 15, at 8pm EST! Check your local listings for more details. And – if you have plans next Saturday, DVR it and watch it when you have the time. This is going to be a powerful and life-promoting Huckabee show!

The battle to protect life in America and abroad rages on. Please pray for pro-life Ireland and for every pro-activist around the world.

Note: We originally reported that this show would air on Saturday December 8, but it will actually be airing on December 15. Sorry for any inconvenience or confusion this may have caused.