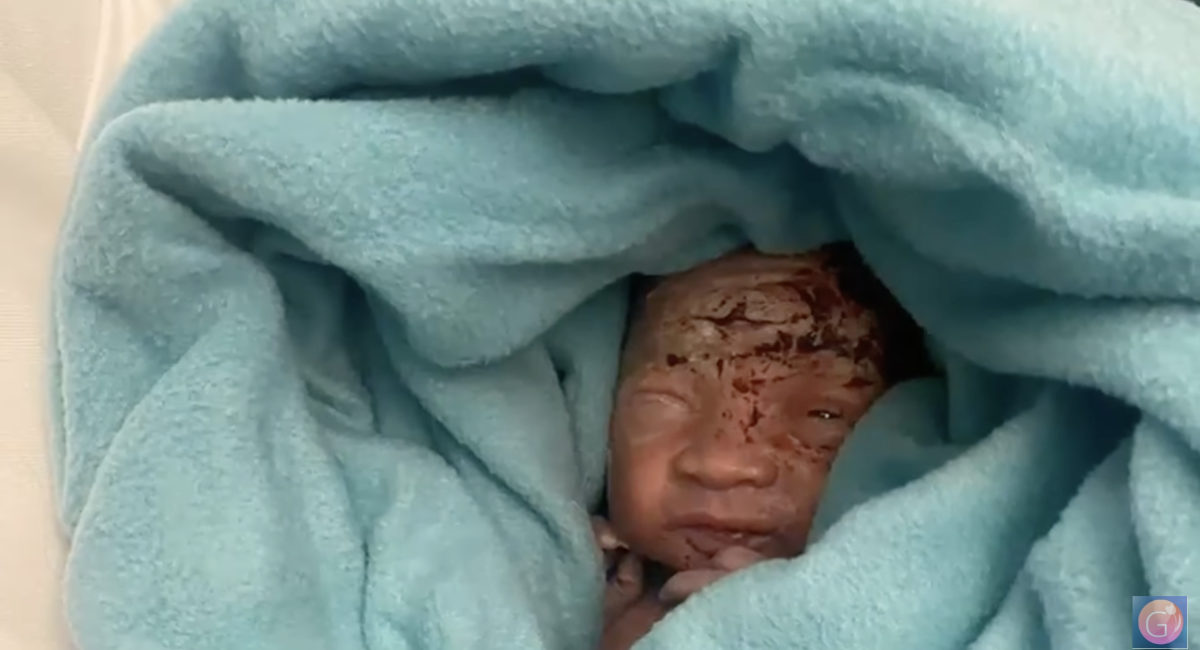 A newborn baby boy is reportedly doing well after airport officers rescued the child from the trash bin of an airplane bathroom.

According to the BBC, officers discovered the baby on Saturday during a routine customs check. The Air Mauritius plane they were on had arrived from Madagascar, landing at the Sir Seewoosagur Ramgoolam International Airport in Mauritius. After finding the child, the officers rushed him to a public hospital for treatment.

The woman was placed under police surveillance at the hospital, awaiting questioning and an abandonment of a newborn charge. While the story is heartbreaking, thankfully, it seems both mother and child are doing well healthwise.

Around the same time that this incident occurred, state troopers in Alaska announced they had found a child abandoned in a cardboard box. A note attached revealed that the baby’s parent felt unable to care for the newborn.

On 12/31/21 at about 1400 hours, AST in Fairbanks received a report of a newborn child that was found abandoned in a cardboard box at the intersection of Dolphin Way and Chena Point Avenue. The child was alive and seemed to have been abandoned at the location recently.  There was a note left with the child indicating the parent could not take care of it. The child was transported by EMS to a local hospital and was found to be in good health. Alaska State Troopers are asking that anyone who may have information about this child, contact AST in Fairbanks by calling 907-451-5100 or submit a tip anonymously through the AKTips smartphone app.

Some may point to cases like these and cite a familiar argument for legal abortion: “Every child should be a wanted child.” The argument seems to imply that, when there is access to abortion, women will not feel pressured to abandon their children, nor will their offspring experience the pain associated with being “unwanted.”

While this claim may come from a place of compassion, it begs the question regarding the humanity of the preborn. And while cases of child abandonment are tragic, it is better for a baby to be alive and considered “unwanted” by his or her biological parents instead of dead. Every state in the U.S. has its own “safe haven law” which allows a newborn up to a certain age to be safely, legally, and anonymously left in designated locations if parents feel they cannot care for their children.

Abortion-choice advocates will likely agree with pro-life people that the newborns described above are human beings deserving of dignity. But the fact that they were born is not what entitled them to protection from violence, nor were their rights dependent upon how their parents felt about them.

“Wantedness” and “unwantedness” do not determine whether it is right to kill human beings. As preborn humans are unquestionably human, it is wrong to kill them. Instead, society should welcome all human beings, regardless of the circumstances surrounding their birth.