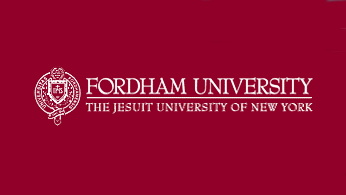 A new student group, formed but not yet officially recognized by Fordham University, is certainly making quite the name for itself. It seems that the group doesn’t fully recognize that by being at Fordham, they are at a private, religiously affiliated university. Perhaps it’s that they just don’t care. Either way, it must be noted that they are trying to strip the university of its defining values.

The group is known as the Sex and Gender Equity Safety Students (S.A.G.E.S) Coalition. LifeSiteNews.com recently wrote of how the group distributed condoms to students at events, which is in direct violation of Fordham’s policy. If you’re a group which is not yet recognized but wishes to become recognized in the future, it may not bode well to violate policies.

The LifeSiteNews.com piece also mentions statements which may be encouraging to those who are following the situation:

Christopher Rodgers, Fordham’s dean of students, told The Fordham Ram that “the policy prohibiting distribution of birth control follows Church teachings on reproductive issues and this should of course be respected, but conversation about beliefs is something we are always eager to have.”

A F.A.Q. from Fordham’s Student Health Services states that Fordham University, “as an independent Catholic, Jesuit University… cannot be neutral on moral questions such as abortion and contraceptive devices. The teachings of the Catholic Church on these issues have been clear and consistent.”

At the same time, however, Fordham’s dean of students acknowledged that conversation is willing to be had with students, and thus the issue need not be shunned or silenced. It still is to be expected though that a Catholic institution would continue to abide by Catholic teachings.

S.A.G.E.S currently has a petition on Change.org to “Create a Safer and Equitable Fordham University That Cares for Student’s Sexual Health and Well-Being.” There are 158 supporters on the petition’s page as of Sunday afternoon, with a goal of 1,000.

The petition mentions that the group is “not alone” in their thoughts on Fordham’s policies, which amount in part to:

We believe that the lack of access to condoms and other essential contraceptives as well as sexual health services that promote the well-being of students’ minds, bodies, and spirits on campus is part of a troubling pattern of injustice within our campus and throughout the country that permeates every facet of our lives. We envision a Fordham University that supports the holistic well being of all of its students. This vision relies on Fordham taking responsibility for the health and welfare of every person within our community regardless of their gender and sexual orientation.

While the group mentions “promot[ing] the well-being of students’ minds, bodies, and spirits…” it should not automatically mean that free condoms and birth control will do such a thing. A Buzzfed article on 24 women who don’t use birth control, as well as the health risks and unpleasant side effects of birth control show that Catholic or not, perhaps an institution doesn’t need to be promoting such a thing for its students to take.

As one who was a student of Fordham University, I know of countless drugstores and mini-marts in the area where students could acquire birth control. And, students so badly need to depend on their university providing them with free birth control, they have plenty of options beyond Fordham.

While plenty of students may take up a university’s offer of free condoms and birth control, to accept such a hand out is offensive to others such as myself who can either refrain from sexual activity or provide for ourselves, without a handout.

It is not unheard of for students to wish for dialogue on this issue, but it is too much to call for a private institution to change its policies and its adherence to the Catholic Church it affiliates itself with.