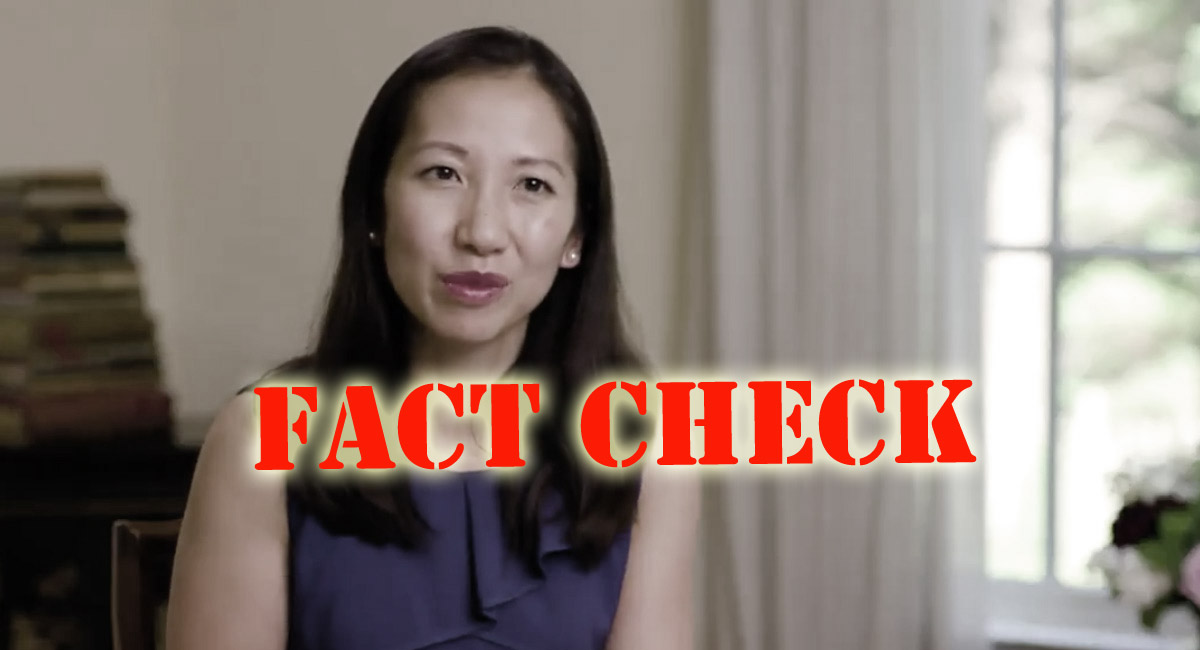 With a new president at the helm, Planned Parenthood – the largest abortion corporation in the United States – is sticking to its old talking points. Unfortunately for American women and American families, these talking points are still just as deceiving as ever. Let’s contrast a handful of Dr. Leana Wen’s convenient statements during her recent interview with CBS with the facts. Women deserve the whole story.

FACTS: Wen can hardly be genuine in her claim that all 2.5 million of Planned Parenthood’s annual patients get “life-saving” care. A look at the abortion corporation’s own reports shows that a good number of the 2.5 million people come in for birth control, condoms, and pregnancy tests – none of which qualify as “life-saving care.” That’s more in the vein of operations and emergency room work. Cancer screenings (which, under the organization’s previous president, plummeted)? Sure. Even STD tests could qualify. But the fact that Wen greatly stretches the facts here, claiming that every single person who comes to Planned Parenthood is given “life-saving care” is flatly wrong.

She also fails painfully here as she skips over the 320,000 children who are dismembered and poisoned annually at the organization’s facilities.

Additionally, whereas the abortion corporation once ran 900 facilities across the U.S., it has closed roughly 300 since 2007. Additionally, Planned Parenthood has seen some of its most self-touted services drop exponentially as legitimate health care providers serve women. Over the last 10 years, Pap tests, breast cancer screenings, and contraception have all decreased at Planned Parenthood’s facilities: Pap tests are down by 74%, breast exams (not mammograms, because Planned Parenthood doesn’t actually provide those) are down by 62%, and contraception is down by 32%.

Wen’s Claim: “1 in 5 women in America” are Planned Parenthood patients.

FACTS: As of 2017, there are 135,671,118 women, ages 15 and older, in the United States. In order for “1 in 5 women in America” to be Planned Parenthood patients, this would mean that 27,134,224 women have gone or are currently going to a Planned Parenthood. But according to Planned Parenthood’s own annual report, they only served 2.4 million women last year.

Wen’s Claim: “I want to shape the future… where all people are treated the same… where… we trust all people to make the best decisions for themselves and their bodies.”

FACTS: This one’s pretty basic. When hundreds of thousands of children are aborted inside Planned Parenthood facilities every year, all people are not being treated the same. Abortion is violent and brutal – it’s not a mere “medical procedure” involving “tissue.”

When Americans on the street witness animated videos that show them what happens in various types of abortions, they react in horror.

Abortion is a civil rights violation, plain and simple, and what’s more, it’s a very personal violation of bodily integrity against defenseless children.

Wen’s Claim: “[T]he Trump administration came out with new rules that would allow employers to deny women birth control coverage. I can’t believe it’s 2018 and we’re still debating birth control. Imagine if we’re having the same conversation about vasectomies or about insulin.”

FACTS: Here, Wen messed up big time. States do not all require insurance companies to cover vasectomies for men. In fact, “Most states do not require vasectomy coverage even when contraceptive coverage for women is required to be offered.” Feminist website, B*** Media, agrees, and illustrates the disparity of health care that actually fails to cover more procedures that are male-focused: “[W]hy aren’t vasectomies covered under Obamacare to begin with? It’s because gender is written into the text of the Affordable Care Act: The bill requires new health insurance plans to cover FDA-approved contraceptives as preventive care for women without a co-payment, deductible, or coinsurance.”

So, no, men’s employers are not always required to cover vasectomies – or condoms, for that matter. Just like birth control, vasectomies and condoms are elective, and not something employers or states should be forced to cover. Wen’s further relation of birth control to insulin is plain out offensive. Diabetics will die en masse without insulin; women will not die without birth control. Wen should try on a little sensitivity for size.

Wen’s Claim: “My job is to give medically accurate information to my patients and allow them to make the best choices about their health.”

FACTS: That may be Wen’s job as an emergency room physician, but her colleagues at Planned Parenthood have been caught, time and again, giving medically inaccurate information to women who come to their facilities. In fact, Wen’s predecessor, Cecile Richards, even went so far as to claim women would lose access to mammograms if Planned Parenthood wasn’t around — when in reality, not a single Planned Parenthood location was licensed to do so.