A new ad from Planned Parenthood is an exercise in irony. The 30 second piece highlights poignant scenes of diverse people receiving healthcare and hope. But a deeper look at the reality shows it to be an illusion.

These are the doors to Planned Parenthood. What we do isn’t a secret. It’s quality healthcare for women, men and young people. STI testing, well woman exams, birth control, sexual assault consultations…. and, safe and legal abortion. From the clinicians, to physicians, from the medical assistants to front office specialists… to you. The people we serve. We are all Planned Parenthood. And Planned Parenthood takes care of all of us.

And  therein lies the irony. 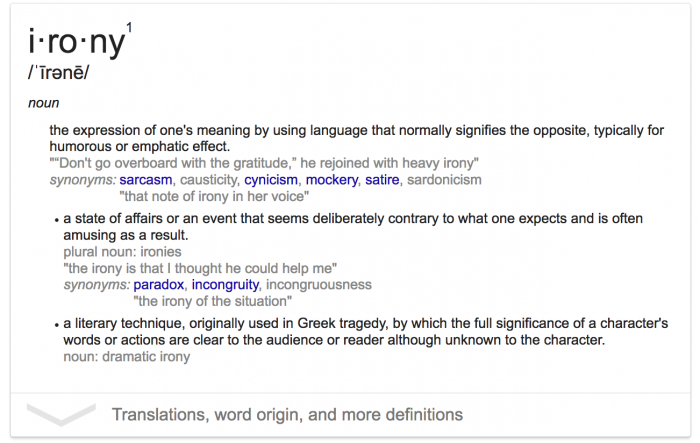 A closer look at the ad’s text shows the extent of the irony.

What we do isn’t a secret.

Actually, it is quite secret. The Center for Medical Progress revealed that in the summer of 2015 when it went undercover. That long-term investigation showed all sorts of secrets, such as how Planned Parenthood profits from the sale of fetal parts by using some creative accounting,  or how a Planned Parenthood abortionist strives to retrieve an intact brain from an abortion, or how the organization could have a “huge PR issue” if anyone found out about the fetal parts sales the abortion corporation does. Of course, one of the most infamous lines from the secret talks is Planned Parenthood Federation of America’s Medical Directors’ Council President, Dr. Mary Gatter, telling CMP actors, “I want a Lamborghini,” during a negotiation on how much money Planned Parenthood would expect to charge per aborted baby part specimen. That same conversation discussed altering the abortion procedure in order to increase the odds that the abortionist could obtain an “intact specimen.”

As CMP noted, two federal laws were at issue with this investigation:

Federal law requires that no alteration in the timing or method of abortion be done for the purposes of fetal tissue collection (42 U.S.C. 289g-1).

Of course, Planned Parenthood knows full well that what they do must remain secret. As the very first undercover video showed as it revealed the conversation between Planned Parenthood’s then Senior Director of Medical Services, Dr. Deborah Nucatola, and the CMP actors:

At the national office, we have a Litigation and Law Department which just really doesn’t want us to be the middle people for this issue right now. But I will tell you that behind closed doors these conversations are happening with the affiliates.

Meanwhile, Nucatola’s position is now open, and the job posted this week on various job sites. Nucatola is now the Hawaii Medical Director of Planned Parenthood of the Great Northwest and the Hawaiian Islands.

No matter who is at its helm in whatever state, it’s clear that what Planned Parenthood does surely is secret. If it weren’t secret, they wouldn’t need lawyers behind closed doors, secret meetings and creative accounting in order to “care” for women.

Healthcare generally means that a person leaves an appointment on the road to better health after receiving care. This is not what happens at Planned Parenthood, by any means. According to the ad, women receive any number of services:

Actually, the ad does do well to cover what it does, which is basically all it does. Note that it doesn’t tell women they can get regular medical treatment at their facilities as Cecile Richards and other leaders in the corporation constantly claim. Because they can’t. As Live Action has uncovered, almost no Planned Parenthood facilities offer prenatal care to women (after Live Action’s exposé, the organization began purging the term “prenatal” from its website), and they don’t offer diagnostic ultrasounds to women who have no intention of aborting:

And perhaps the ad wants to gloss over what they really do when they say they offer “sexual assault consultations,” because as Live Action has also uncovered, those consultations are far more likely to include covering up sexual abuse or covering up child sex-trafficking. But doing so certainly does require a consultation so technically the ad is true.

And of course, the ad truthfully states one of its purposes–abortion. The fact is, without abortion, there probably wouldn’t be a Planned Parenthood. And while the act of abortion may be legal, as CMP uncovered, the abortion giant might not always do the procedure legally.

“Takes care” is one way to put a spin on taking care of the remains of dead babies by selling them to fetal parts companies. Or  maybe it’s “taking care” of women by only helping them if they want to kill their baby. Perhaps Planned Parenthood “takes care” of all of us by giving people a safe place to bring their abuse victims for an abortion or STD test if the abuser wants to avoid being caught. Yes, Planned Parenthood has been known to “take care” of that.

But in reality, no, Planned Parenthood doesn’t take care of all of us. In fact, when it comes to actual health care, Planned Parenthood “performs less than two percent of U.S. women’s cancer screenings, zero mammograms, and offers virtually no prenatal care for women who want to keep their babies.”

The ad may be slick in its attempt to attract patients to its facilities, but on the inside, the abortion corporation will tell women a whole different story. Truly, this ad is an exercise in irony.