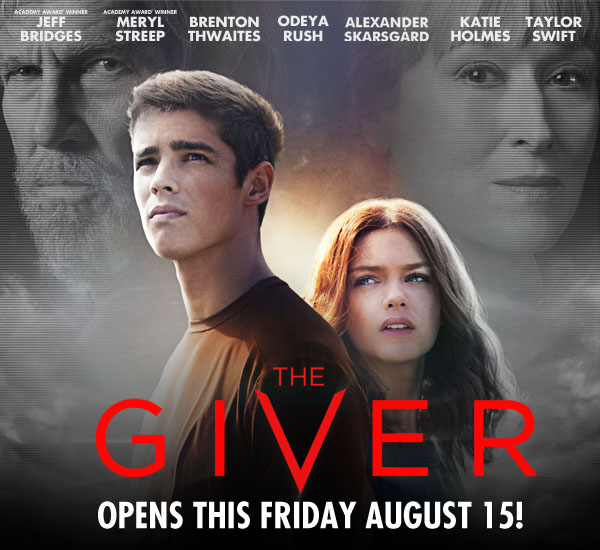 The new movie, The Giver, adapted from Lois Lowry’s classic young adult novel, is being hailed by pro-life leaders as a genuinely pro-life movie.

Sometimes an author writes a story because she wants to write a good story, and Lowry’s story tells of the value of life and the tragedy of killing babies–and the elderly–we find somehow less valuable than others. Now, the story has been translated to the big screen, but pre-release reviews say the pro-life message hasn’t been changed. President of Student for Life of America, Kristan Hawkins says:

“The Giver will go down as one of the turning points in our ongoing efforts to protect the most vulnerable in our society. This movie beautifully articulates the dignity of each human person and the gift of life.”

President and CEO of Americans United for Life, Charmaine Yoest praised the film Tuesday and said on her Twitter they are taking the whole AUL team to see it. Yoest says:

“The Giver is a powerful, provocative and thought-provoking movie that provides a beautiful message about the power of love and the unique value of every human life. This beautiful depiction of the enduring nature of human dignity inspired me. This is the don’t-miss-it movie of the summer.”

“No movie, in my memory, involves a more explicit depiction of infanticide, conducted at the Nurturing Center by Jonas’s father with a horrifying cheerfulness. ‘They hadn’t eliminated murder,’ Jonas realizes, ‘they had brought it home. They had just called it by a different name.'”

The novel itself is a dystopian work which shows what happens when a society attempts to equalize everything for the good of the community, giving all citizens  a chance at a fair life centered around their talents and abilities. It’s filled with striking parallels to our culture with its stark examples of such situations as the protagonist misusing the word love, which has been eradicated because it’s lost all its meaning.

Portraying a Big-Brother-esque world, the classic nanny state, The Giver is a novel that is read in middle school classrooms, has sold millions of copies, and is still a favorite of many people who read it in their younger years. The themes, however, are decidedly adult. In 1993, when Lowry penned her work, it was innovative and futuristic. Today it’s not as difficult to see it more as reality than fantasy.

Pro-life leaders are thrilled with the underlying message of life in the film, which is one that echoes the book. From the death of newborns to the death of the elderly, the Giver addresses the social issues with which society grapples, without making itself an issue-oriented work.

Winner of the 1994 Newbery award, one of the highest honors a work of children’s or adolescent literature can earn, the bestseller’s  film version opens nationwide Friday, August 15.