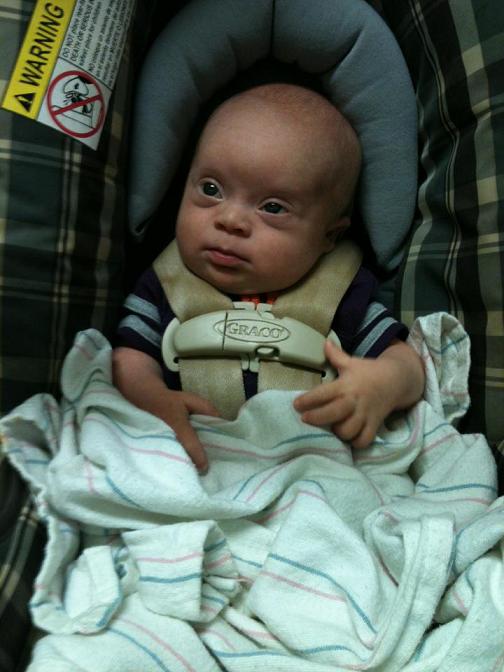 Steps in the right direction. 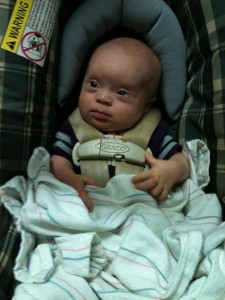 When my son, Wyatt, was diagnosed prenatally with Down syndrome, I didn’t know at the time how fortunate I was. I had a doctor who was extremely positive about the diagnosis. He never pressured me to have an abortion, and throughout the remainder of my pregnancy, he never made disparaging comments or put a negative spin on what Wyatt’s life would be like. To the contrary, the remarks he made were often along the lines of “well, when he’s playing soccer five years from now…”. He also immediately offered to give me the information for local Down syndrome support groups, as well as national Down syndrome organizations. He also made sure to tell me how far the medical community has come in regards to treatment of Down syndrome, and how people with it are living longer, fuller, richer lives than ever before.

Unfortunately, this is not the experience for most women in my shoes. As I’ve noted before, several studies have found that when women receive a positive result for Down syndrome, doctors often put a negative spin on it and pressure the women to terminate the pregnancy. Yet somehow, it is the prenatal testing that is blamed for the appalling abortion rate of babies with Down syndrome – 9 out of 10 – and not our overall societal attitudes towards it (see this post for a perfect example), and especially the attitudes of those in the medical community.

Fortunately, though, the state of Massachusetts has passed a law that may put a dent in the number of babies with Down syndrome aborted simply for having an extra chromosome.

Massachusetts has become the most recent state to pass legislation requiring doctors to give parents who have the prenatal diagnosis “up-to-date, evidence-based, written information” about the physical, intellectual and developmental outcomes of the chromosomal disorder, and treatment options. Both Virginia and Missouri have similar laws; national legislation was passed in 2008 but remains largely unfunded.

… “We knew with these new prenatal tests, there would be an even greater need for parents to have accurate information,” says Maureen Gallagher, executive director of the Massachusetts Down Syndrome Congress (MDSC).

The new law specifies that the reading material given to women after a prenatal diagnosis be compiled from professional medical groups including the National Society of Genetic Counselors and the American College of Obstetricians and Gynecologists, along with local and national Down syndrome organizations. Studies have found that women often report that the information they currently receive is incomplete, inaccurate or offensive.

… Massachusetts’ new law also requires that families receiving a diagnosis be given contact information for First Call, a program of MDSC that links expectant and new parents of children with Down syndrome with families who have affected kids. “We were connected right away with another mom, and that is something I will never forget,” says Rosalie Forster, who learned that her daughter, Hope, had Down syndrome after her birth six years ago.

While it is said that this isn’t a pro-life or a pro-abortion bill (it’s being called “pro-information”), I can’t help but think that this new law has a decidedly pro-life feel to it. The aim seems to be to at least get women to think twice before following through with a knee-jerk reaction to have an abortion based on the diagnosis.

After all, there has never been a better time in history to have a child with Down syndrome. They’re living longer, healthier lives than ever before. They’re going to college, getting married, having families. They are business owners and athletes (one young man with Down syndrome is even a rodeo rider!). Thanks to early intervention and better medical care, people with Down syndrome are able to do more than they have ever done before. Expectant mothers facing the reality of raising a baby with Down syndrome need to know that before they decide to kill their babies based on misleading information and negative, outdated stereotypes.

Would this completely solve the problem? No, but it’s a good step in the right direction, and more states need to follow suit.