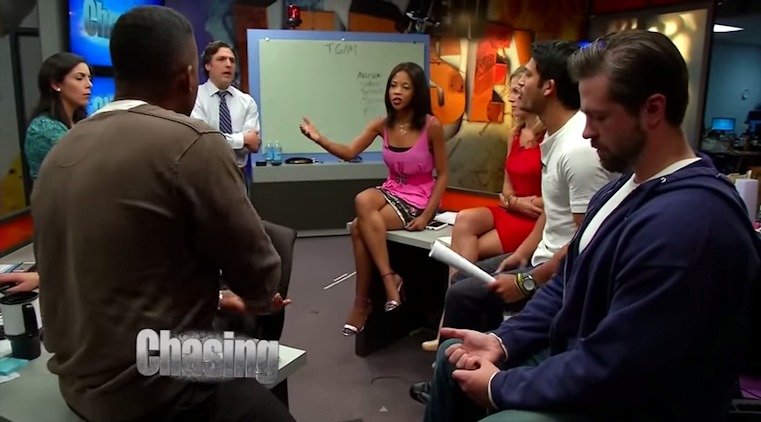 A New Jersey news crew recently produced a story on their own collective reaction to a video developed by Created Equal, a pro-life group that shows graphic images of abortion in public areas. Created Equal operates under free speech rights, setting up overt displays that put the reality of abortion in plain view for passers-by in busy pedestrian locales.

The crew, Chasing New Jersey, watched the following Created Equal video, and “Chaser” Bill Anderson instigated a discussion about their reactions (second video) after they saw it. Warning: The first video below contains graphic abortion images.

This is the crew’s reaction:

Reactions were varied, including incredulity from a father who says he doesn’t allow his nine-year-old to watch horror movies that are much less gruesome than the abortion images. A female member of the crew, however, shared that her friends wished they had been given the opportunity to know what abortion was really all about before they underwent the ordeal themselves. “People don’t get an opportunity to see something like this,” she said.

Regardless of how you feel on the issue, if their goal was to get you to evoke these emotions, and these visual images for the word ‘abortion,’ I mean they did a great job. I’m never going to forget that for the rest of my life.

Virtually no one likes this method of education — pro-lifers and abortion advocates alike — but such advocates of life as Fr. Frank Pavone of Priests for Life have long held that “America will not reject abortion until America sees abortion.” Consequently, what have come to be known as “graphic images campaigns” now dot the nation in an effort to educate the public about what abortion is in a country steeped in rhetoric and sophistry that often divorce abortion’s reality from our sanitized way of thinking about it.