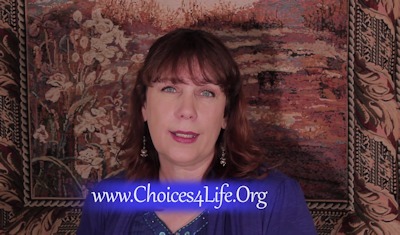 The word “exception” is tossed around the abortion debate forum as one of the major reasons pro-choicers and some so-called pro-lifers think abortion must remain legal.

“Exception” can mean anything from children conceived in rape to children with health conditions, to women who feel they can’t afford a baby. But these exceptions are people, just as any other unborn child is. And Choices 4 Life has produced a documentary to show us just that.

Juda Myers is a woman who was conceived in rape and placed for adoption. She was raised in a loving home and at the age of 48 was able to meet her birth mother, who had fought to keep her baby from being aborted. When Myers learned of the circumstances surrounding her conception, she founded Choices 4 Life in order to help women who are pregnant by rape to relocate to a safe place; to pay for their medical care, rent, and clothing; and to support these women in keeping their babies and building lives for themselves. With the new documentary, “Pro-Life Without Exception,” Myers brings the real stories of real women and their children into homes around the world. She says:

The goal [of the documentary] is to reach out to those who have stories of their own and let them know they are not alone. There is help and hope for them too. But also I want society to hear all the stories so they will know the truth. We are not one in a million and as more people speak out I hope that society will stop the prejudice against the moms and children of rape conception.

“Pro-Life Without Exception” features a variety of stories, including that of Anna, who was sexually abused as a child by her stepfather. After he forced her to have an abortion, she became pregnant again at the age of thirteen and hid the pregnancy in order to protect her baby. She shares her moving story while her daughter Josie sits by her side, with the obvious love and pride she feels for her mother written on her face.

The documentary also shares the story of Nona, who was coerced into aborting the child she conceived in rape. As a result of the abortion, she was never able to carry another child to term.

In addition to these stories, “Pro-Life Without Exception” also shares the life of a child who survived an abortion and was adopted, as well as the life of a man who was an ectopic pregnancy, and the life of a child with Down syndrome. Each of these people lives a valuable life, enhancing the lives of those he or she touches and leaving a mark on this world that no other person could.

In sharing the lives and stories of these individuals with the world, “Pro-Life Without Exception” leaves the viewer unable to escape the reality that every life is valuable. To accept and promote abortion under certain circumstances is to accept and promote other horrendous crimes such as child abuse, rape, and murder under certain circumstances as well.