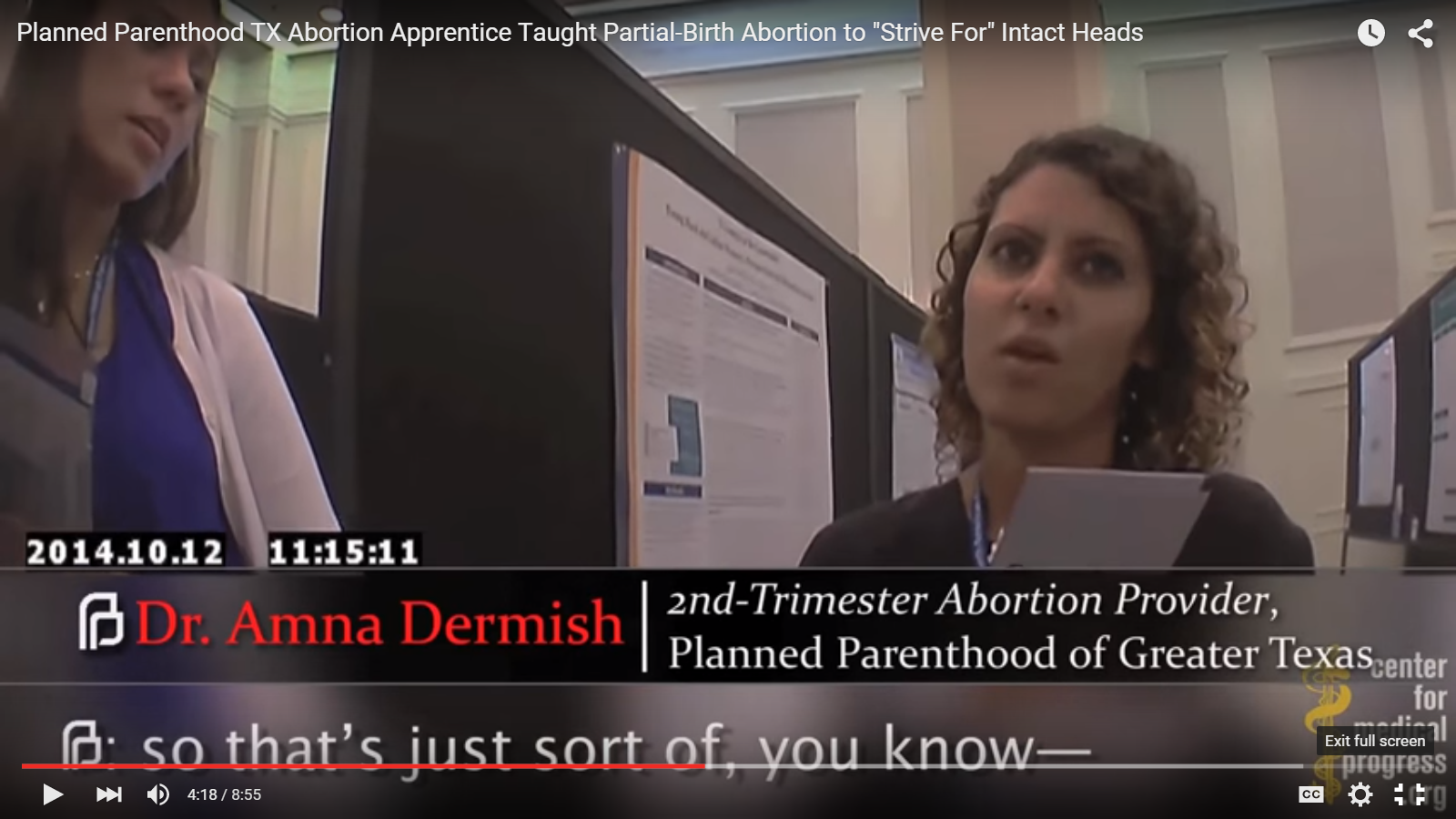 The three broadcast networks didn’t even hint at the latest Planned Parenthood video released by the Center for Medical Progress (CMP). During their evening and morning news shows, ABC, NBC and CBS turned a blind eye to the undercover video that showed a Texas abortionist, Amna Dermish, admitting how she will “strive for” intact baby heads and finds aborted baby hearts “cute.”

But, for the networks, skipping over the videos exposing Planned Parenthood is nothing new.

The last time a network mentioned the release of a particular video came July 31, when CBS This Morning correspondent Julianna Goldman acknowledged the fourth video of a “Planned Parenthood doctor in Colorado discussing providing fetal tissue for a fee.”

NBC last reported on a specific video July 30, while ABC – the worst of all three networks – last noted a video July 16 (keep in mind the first video came out July 14).

That means ABC, NBC and CBS haven’t covered the release of the last seven videos filmed by the Center for Medical Progress.

In other words, ABC, NBC and CBS refused to investigate headlines like these:

Although they haven’t covered a release since July 31, the networks have, more recently, reported on the content of a video – but only to attack GOP presidential candidate Carly Fiorina after she challenged President Barack Obama and Hillary Clinton to “watch a fully formed fetus on the table, its heart beating, its legs kicking…” during the Sept. 16 GOP primary debate.

Since the release of CMP’s first video on July 14, the broadcast networks have proven hesitant to publicize the story – and when they did, they refused to even utter the word “baby.”

Two months after the first video’s release, MRC Culture found that ABC, NBC and CBS had aired a mere 0.13% of the CMP footage during their news shows – or 1 minute, 13 seconds of more than 16 hours.

In early October, MRC Culture discovered that the networks spent more time combined airing Cecile Richards’ defense of Planned Parenthood during a congressional hearing than showing the actual videos themselves.

From the beginning, the liberal media raced to defend Planned Parenthood. In the first 9 hours and 30 minutes of news shows broadcast after the story broke, ABC, NBC and CBS, spent only 39 seconds on the first video. It took more than 24 hours before all three covered the story. In the week after the first video, the networks gave a mere 9 minutes and 11 seconds to the story (in contrast, the nets devoted more than three times that to the Susan G. Komen controversy, when the charity temporarily decided to defund the abortion giant).

ABC, NBC and CBS prioritized animals over aborted babies, by covering the shooting of Cecil the lion more in one day than they did these videos in two weeks and in their reporting on birth of the National Zoo’s panda cubs.

Not only that, but also they refused to cover the tens of thousands of Americans speaking out against Planned Parenthood during nationwide rallies held in late August – except as a side note when CBS tried to connect the event to arson.

Citing information from MRC studies, both Sen. Mike Lee (R-UT) and members of Congress led by Rep. Louie Gohmert (R-TX) have slammed the media for their lack of coverage on the videos.

The media similarly stayed silent on the case of Philadelphia abortionist Kermit Gosnell. Gosnell’s trial, in which witnesses described baby abortion survivors “swimming” in toilets “to get out,” attracted a scant 12–15 reporters. Only after 56 days, multiple letters from members of the House of Representatives and a public outcry, did all three broadcast networks report on Gosnell.