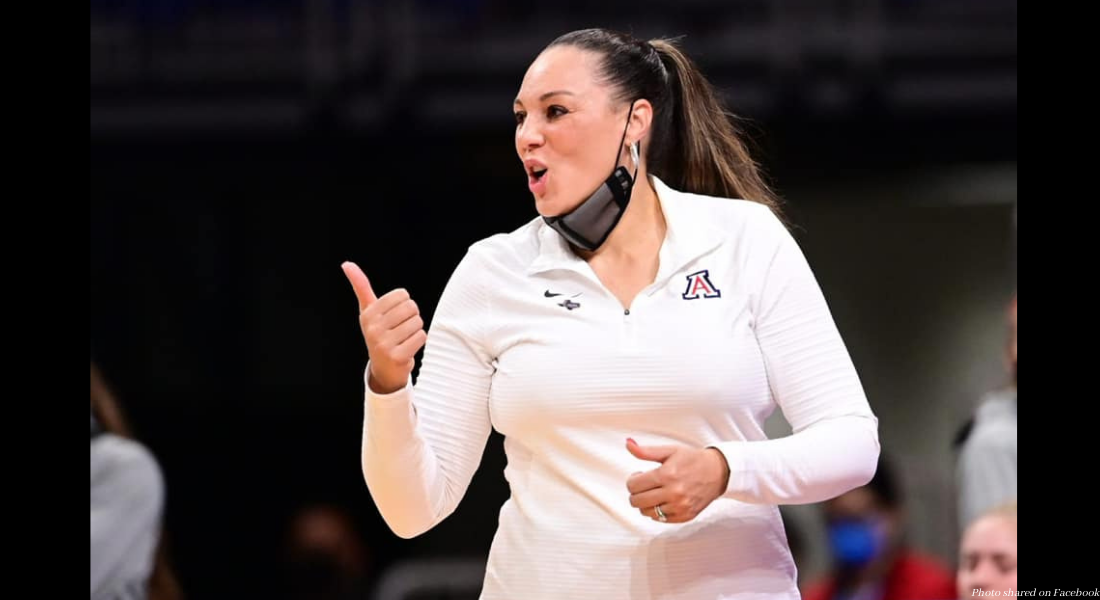 ESPN sideline reporter Holly Rowe kicked off the viral praise for Barnes as she commented live on the game. “[Barnes] was late coming out at halftime because she’s back in the locker room pumping. She’s still a breastfeeding mother, and they have to warm up the bottle with the heat packs that are here on the sidelines. She is doing it all,” she said, adding, “And for those who think this is too much information, I’m just going to tell you this: Let’s normalize working mothers and all that they have to do to make it all happen.”


Barnes and her husband had a second daughter, Capri, in September of 2020, in the middle of the COVID-19 pandemic. And she was almost immediately back to work. “I had a baby right when season started. And took like a week off; it says I took a month off but I did not,” she told reporters after the game. “I was on Zoom calls four days after having a C-section so it was hard. But my team loved on me. I missed a couple of weeks, I got a little sick, they fought for me. I came back. They were patient. I’m happy.”

She also explained that she was aware of the role she was playing on a very public stage. “I represented moms, I have a baby here. I hear her crying ready to feed,” she continued. “I represent moms. You can be a coach, you can do it at an elite level. You just have to have a village like I do. I represent Black females — don’t get here too often and don’t get opportunities. But I had an opportunity today on the biggest stage and represented a lot.”

So for Barnes, this was a big opportunity to make a difference.

“I’m like, ‘Wow, there’s a lot of hats.’ It’s the former WNBA [player], it’s the Black woman, it’s the mom,” she told reporters last week. “But it’s a privilege for me. You can be great at all these things. You can be someone representing, and doing it with class, and professionalism, and doing well at your job. You can be a mom; you don’t have to stop coaching.”