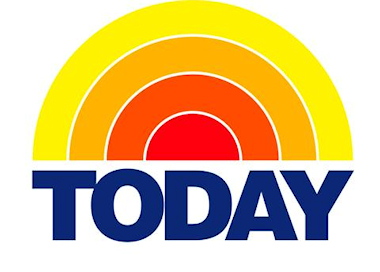 Hiding your support for aborting unfit children behind the “pro-science” label makes a mockery of scientific inquiry by asking of it things it was never meant to answer. 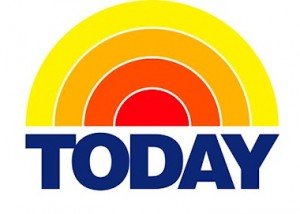 Do you find morning TV’s trademarked mix of anecdotes, musical acts, and human interest stories a little bland? Apparently NBC does, because they’ve found just the thing to get people to notice the Today Show: eugenics!

During a discussion of genetic testing breakthroughs on the June 8 show, NBC chief medical editor Nancy Snyderman gushed about how great it’ll be when parents can know in advance whether their children are good enough for birth:

SNYDERMAN: It gives parents a chance to decide whether they’re going to continue that pregnancy or not. This is the science of today. It is running fast into the future. And I think the future will be such that you’ll find out that your child may have a genetic hit. You can fix that genetic problem[.] […]

GUTHRIE: Do you think it raises ethical issues? I mean a what point, if you have information that your child is going to have a genetic problem, and then you’re posed with the question of whether to go forward with the pregnancy?

SNYDERMAN: Well, I’m pro-science, so I believe that this is a great way to prevent diseases.

The casual confidence with which Snyderman answered an ethical concern with a simple “I’m pro-science” calls to mind one of my favorite quotes from Alexis de Tocqueville’s landmark Democracy in America:

Nearby I see others who, in the name of progress, striving to make man into matter, want to find the useful without occupying themselves with the just, to find science far from beliefs, and well-being separated from virtue: these persons are said to be the champions of modern civilization, and they insolently put themselves at its head, usurping a place that has been abandoned to them, but from which they are held off by their unworthiness. [Emphasis added.]

It’s not every day that national television gives us such a direct expression of the mindset Tocqueville feared. She speaks as if being “of today” is an argument for something’s merit, as if science alone can define ethics. With an air of elitist superiority, Nancy Snyderman posits a worldview that is frighteningly simplistic. (And no, lip service to “getting” the controversy doesn’t cut it when she’s clearly concluded that weeding out the genetically unfit is just hunky-dory.)

Science can tell us all sorts of incredible things about how the natural world and its contents function; it can tell us very little about what to do with that information. That’s the domain of values – the ends man should have and the obligations and limits he must heed while pursuing them.

At most, science can give us salient background information to help satisfy our moral pursuits – for instance, if we value human rights, we can consult embryology to figure out whom to categorize as human, and if we value health, we can ask doctors how to stay healthy. But science isn’t what tells us to value those things in the first place. No, we adopt those values through different modes of thought, such as religion and philosophy.

The moral theorizing our society is founded on recognizes this distinction. John Locke’s Second Treatise of Civil Government attempts to glean from nature limits on how people should treat each other, but it can do so only because it presupposes that we are “ all the workmanship of one omnipotent, and infinitely wise maker” who possesses sole authority over us.

The man who expressed Locke’s central findings in the Declaration of Independence, Thomas Jefferson, understood this concept as well – he wrote that however blacks might differ from whites in their physical and mental faculties (a proposition Jefferson found highly dubious), “it is no measure of their rights. Because Sir Isaac Newton was superior to others in understanding, he was not therefore lord of the person or property of others.” (Contrast that with Confederacy Vice President Alexander Stephens, who nearly a century later rationalized secession in large part on the claim that whites’ superiority to blacks was on the cutting edge of scientific discovery.)

Anyone who understands “why we should have these societal questions” must also appreciate that the answers can’t be found in a lab. Hiding your support for aborting unfit children behind the “pro-science” label – implying that good science compels acceptance of such a practice – makes a mockery of scientific inquiry by asking of it things it was never meant to answer.