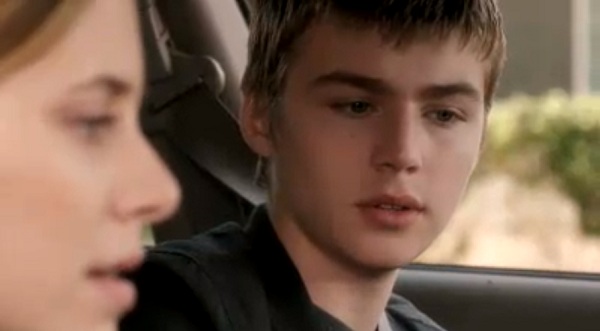 Tears alone do not a pro-life hero make.

Last week’s episode of the NBC television show “Parenthood,” in which a teenage girl has a fast abortion at a Planned Parenthood, garnered much attention from both side of the pro-life spectrum. However, in all the debate, a recurring comment seemed to arise from pro-lifers who liked Parenthood.

A resounding consensus seemed to defend Drew, the teenage boyfriend, deciding he is almost a pro-life voice in the episode. Most frequently people cited how the episode ended last week, where Drew is sobbing. Readers assume that that happens because Amy killed their baby – that he is grieving.

While only the continuation of this pseudo-soap opera can tell why he was really sobbing, a few points deserve attention.

Drew is a wuss. For about a minute he protests that Amy doesn’t have to get an abortion. She insists that a baby will ruin her life and says she needs help paying for it; Drew instantly agrees. Then he drives her to the abortion facility, sits there under the big Planned Parenthood sign, waits while she gets their baby killed, and drives her home. Acting like things should be okay now, Drew seems taken aback when Amy says she needs some space, and lots of it, actually. He is clearly hurt. In the closing scene, he is sobbing.

We don’t know why he is sobbing. However, it behooves us to note that this show was wholeheartedly endorsed by Planned Parenthood, who called it “refreshing,” so it’s highly unlikely that in next week’s episode we will suddenly be dealing with the consequences people really endure from abortion, such as the loss of a child they made an appointment to kill. Nothing would be more wonderful than having to retract this assumption, but Planned Parenthood isn’t about life; on the contrary, the organization is all about death, and it’s not likely to turn on a dime on a show that is filled with sex talk and abortion. Assuming that Drew is crying over the abortion in some pro-life heroic way is human justification so we can enjoy our entertainment, but it’s probably not reflective of reality.

Finally, making a hero of Drew should cause us alarm. What is heroic about having sex, getting a girl pregnant, giving her money for an abortion, and taking her to have it done? A real man doesn’t abet an abortion; he fights for his baby’s life. A real hero would be asking for help, would be creating a plan to help Amy tell her parents, finding an adoption plan, reassuring her this doesn’t have to ruin her life. Calling Drew a hero, a pro-life guy, or even a sympathetic character because he protested for a minute and cried is like excusing someone of his crime because he cried when he got caught. If you are man enough to pull your pants down and impregnate a woman, you should be man enough to fight for your baby if you really care about the baby and the woman.

Drew is not a hero. It’s a baffling reflection of a twisted society that can somehow use a scene in which a boy sobs as a justification for the destruction of life being portrayed at a Planned Parenthood and still calling the show “good.” Are we really so enthralled by our prime-time soap operas that we can look at this giant abortion advertisement and excuse it because one of the characters cried?

“Parenthood” was irresponsible and reprehensible in its portrayal of an unplanned pregnancy. Throwing the word adoption in one time doesn’t show a portrayal of choice; having Drew cry at the end doesn’t make the show balanced.

This episode was an award and boost to the abortion industry, and its greatest fruit is that pro-lifers have chosen to embrace it anyway with comments like “well, I wish she wouldn’t have had an abortion, but at least Drew didn’t want her to.” A character that wimpy doesn’t deserve a date, let alone TV ratings that continue to profit NBC and Planned Parenthood because we won’t turn off “our” shows.