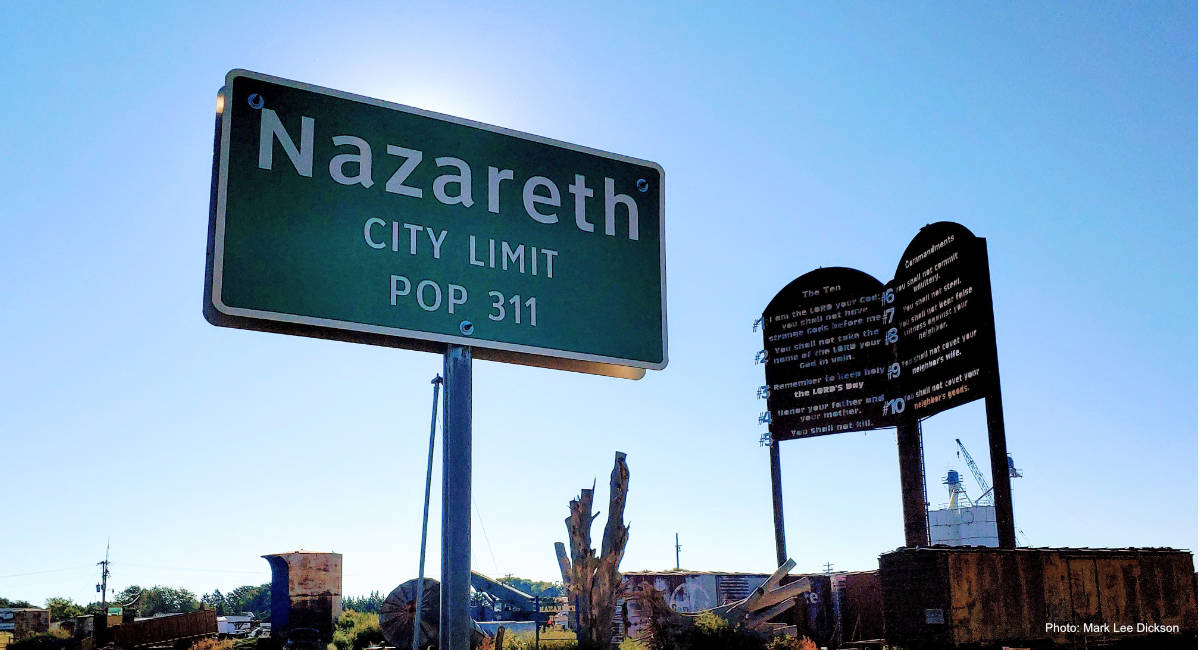 On Tuesday morning, the City of Nazareth (pop. 311) became the 39th city in the nation and the 36th city in Texas to pass an enforceable ordinance outlawing abortion within its city limits. The vote, which took place in Nazareth’s City Hall, was unanimous, with all three members of the town’s leadership voting in favor of the ordinance.

Mayor Marlin Durbin shared, “In the ever changing world we live in, we think it’s important to remain vigilant and be proactive in supporting and respecting all life. It’s time for us to take a stand for our pro-life beliefs.” 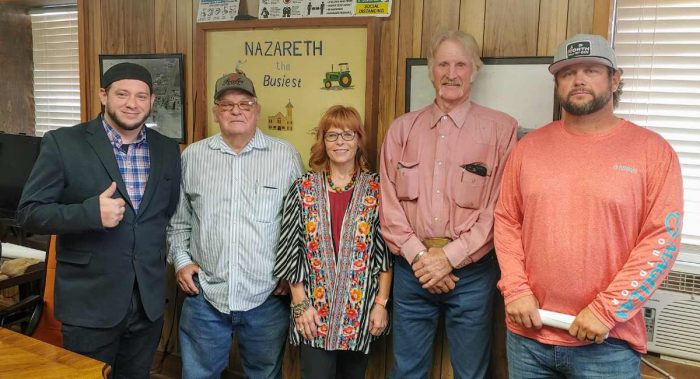 Over 50 members of the community attended the meeting and not a single person present spoke against the passage of the landmark ordinance.

The effort to see abortion outlawed in Nazareth began after resident Jeanie Birkenfeld heard a presentation regarding the Sanctuary Cities for the Unborn Initiative at the September meeting of the High Plains Republican Women in Amarillo, Texas (pop. 199,924). The presentation was given by Project Destiny Lubbock and Right To Life of East Texas.

After her interest was peaked by the presentation, Birkenfeld connected with a Director from Right To Life of East Texas and started to connect with others in her community who wanted to see abortion outlawed within their city limits.

Upon hearing that the city’s mayor was favorable to the idea, a Director with Right to Life of East Texas drafted an ordinance and the other necessary documents specifically for the city of Nazareth. At the City Council meeting, Birkenfeld introduced representatives from Right to Life of East Texas and West Texas for Life who had traveled to Nazareth to support the measure and address any concerns the Council had regarding the passage of the ordinance.

Abortion is defined in the ordinance as “the act of using or prescribing an instrument, a drug, a medicine, or any other substance, device, or means with the intent to cause the death of an unborn child of a woman known to be pregnant.” Abortion-inducing drugs are defined in the ordinance as “mifepristone, misoprostol, and any drug or medication that is used to terminate the life of an unborn child.”

Like the other Sanctuary Cities for the Unborn ordinances, the Nazareth Ordinance is enforceable by two enforcement mechanisms: public and private.

The public enforcement mechanism establishes fines against the abortionist and anyone who aids and abets the abortionist for any abortion which takes place within the city limits of Nazareth. The ordinance is clear that these fines cannot be imposed unless it is determined by a state or federal court that the individual seeking to impose the penalty upon the one who committed the unlawful act will not create an “undue burden” on women seeking abortions, a state or federal court determines the person, corporation, or entity who committed the unlawful act of abortion lacks standing to assert the third-party rights of women seeking abortions in court, or the Supreme Court overrules Roe v. Wade and Planned Parenthood v. Casey. This is only one section of the ordinance and the enforceability of this section is not immediate, but dependent upon other factors.

Unlike the public enforcement mechanism, the private enforcement mechanism is not dependent upon the overturning of Roe v. Wade and is immediately enforceable. Under the section entitled “Private Enforcement,” the Nazareth Ordinance states, “Any person . . . may bring a civil enforcement suit against a person or entity that commits or intends to commit an unlawful act” described in the ordinance. This section is immediately enforceable and allows for anyone, including any relative of the unborn child, to sue the abortionist or anyone who aids and abets the abortionist for the death of the unborn child. 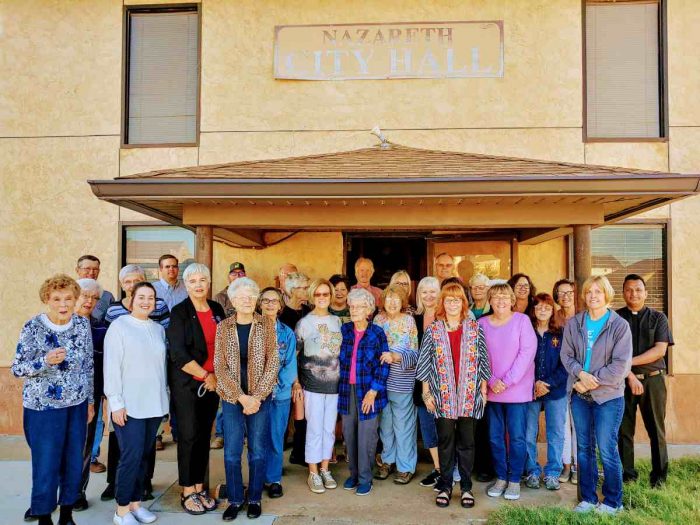 Members of the Nazareth community gather together for a picture after the historic vote. (Photo: Mark Lee Dickson)

While some may criticize the size of some of these cities which have outlawed abortion, it is worth noting that the majority of incorporated cities throughout the United States have less than 5,000 people and the majority of those have less than 500 people. According to the United States Census Bureau, “About 76% of the approximately 19,500 incorporated places had fewer than 5,000 people. Of those, almost 42% had fewer than 500 people.”

Nazareth was the second city in the Texas Panhandle to vote on an ordinance outlawing abortion. The city of Tulia voted on a similar ordinance on September 14th, but the measure died due to lack of a motion.

Since Nazareth passed its ordinance, interest has already sparked in several other cities in the Texas Panhandle, including the city of Groom (population 574) and the city of Pampa (population 18,401). The Sanctuary Cities for the Unborn Initiative encourages all who wish to see abortion outlawed in their city, regardless of what city or state they live in, to sign the online petition on the Sanctuary Cities for the Unborn website.